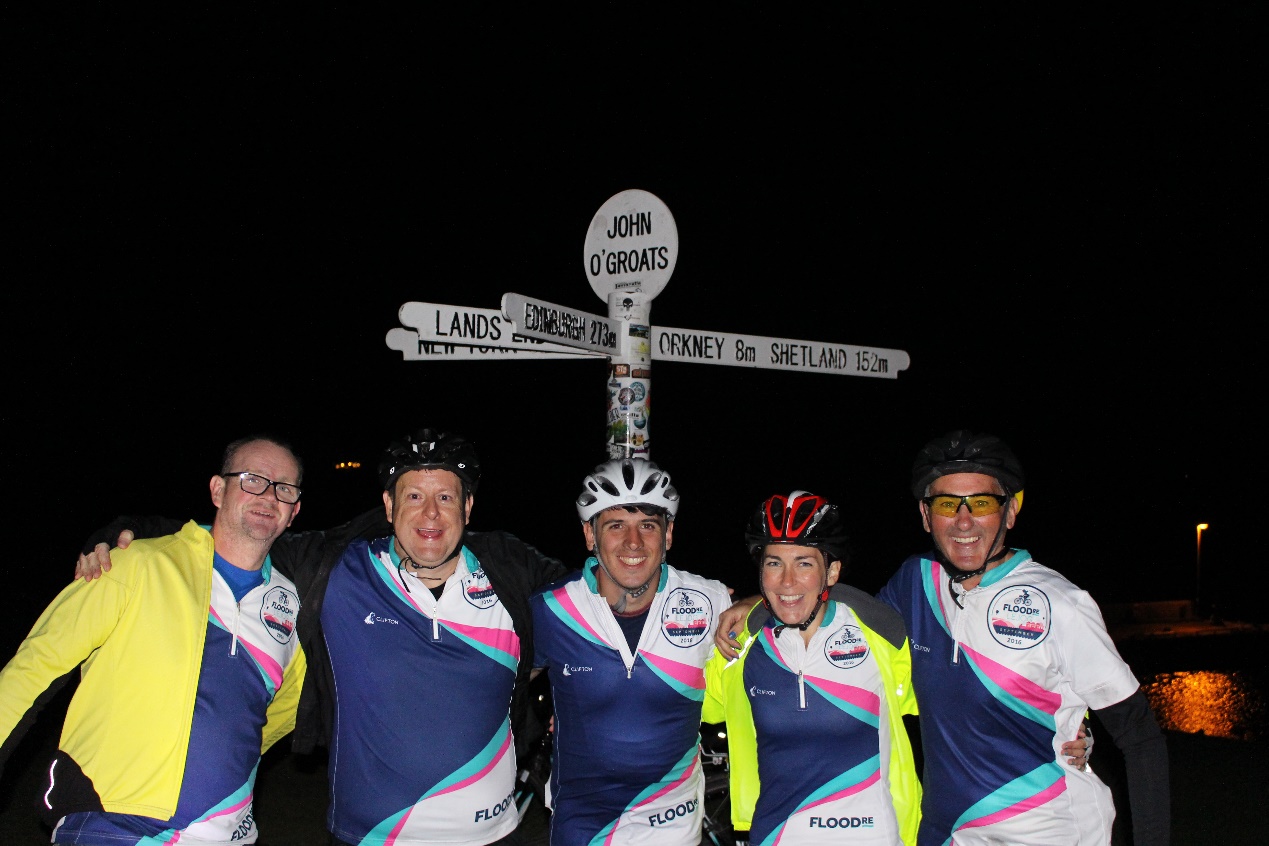 As the team fixed their second puncture within the space of an hour, thoughts turned to the origin of the FloodReTour and whether cycling over 100 miles a day for ten days was a good idea after all. Opinions were mixed. 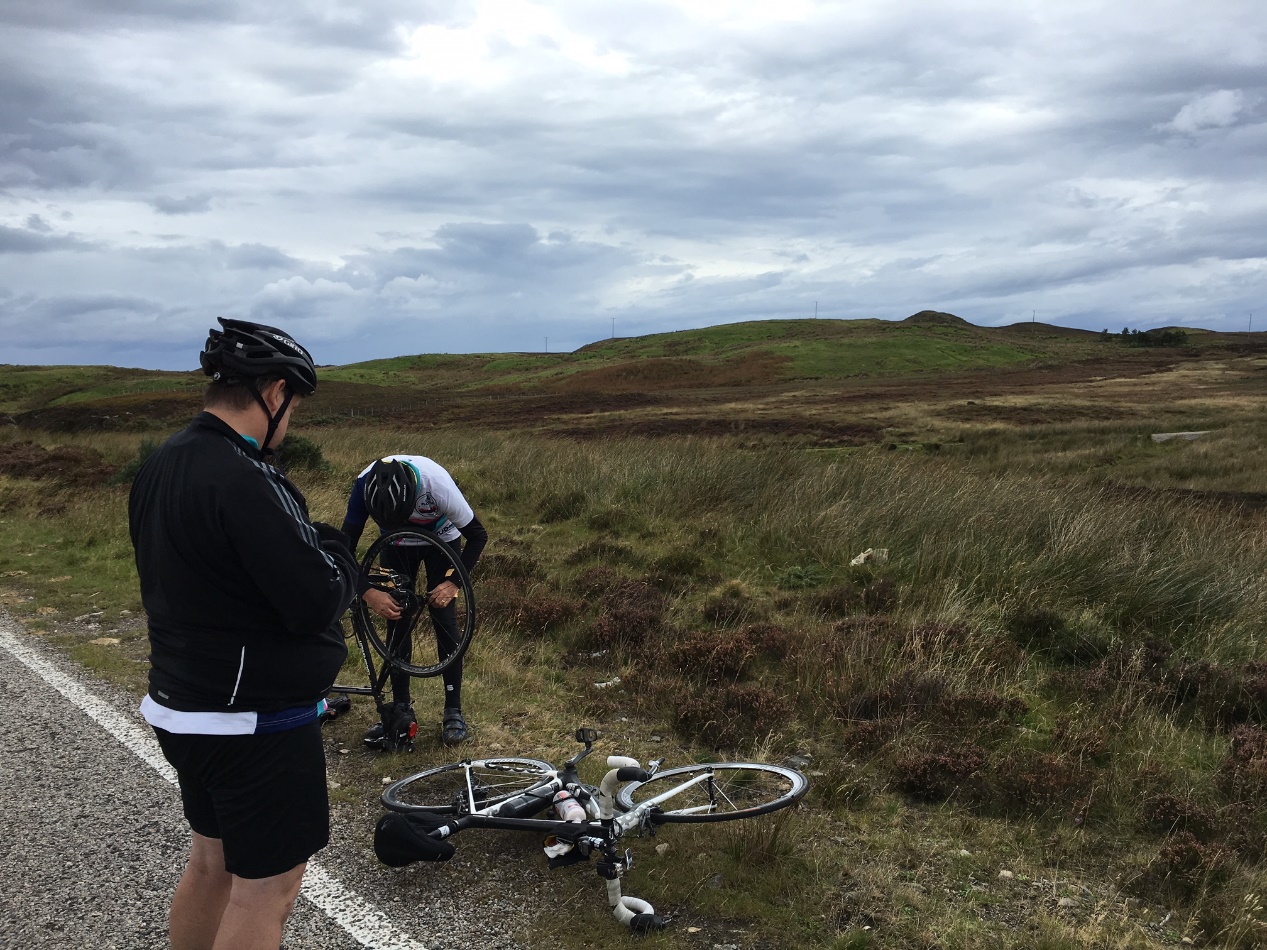 On the final day of LEJOG, the cyclists faced a steep challenge. Ascending climb after climb, battered by wind and rain, they were in a race against the sun to make it to the northeast tip of the British Isles before dark. Setting off from the Lairg Highland Hotel, narrow highland roads awaited as the team avoided the busy A9 in favour of quieter rural tracks. 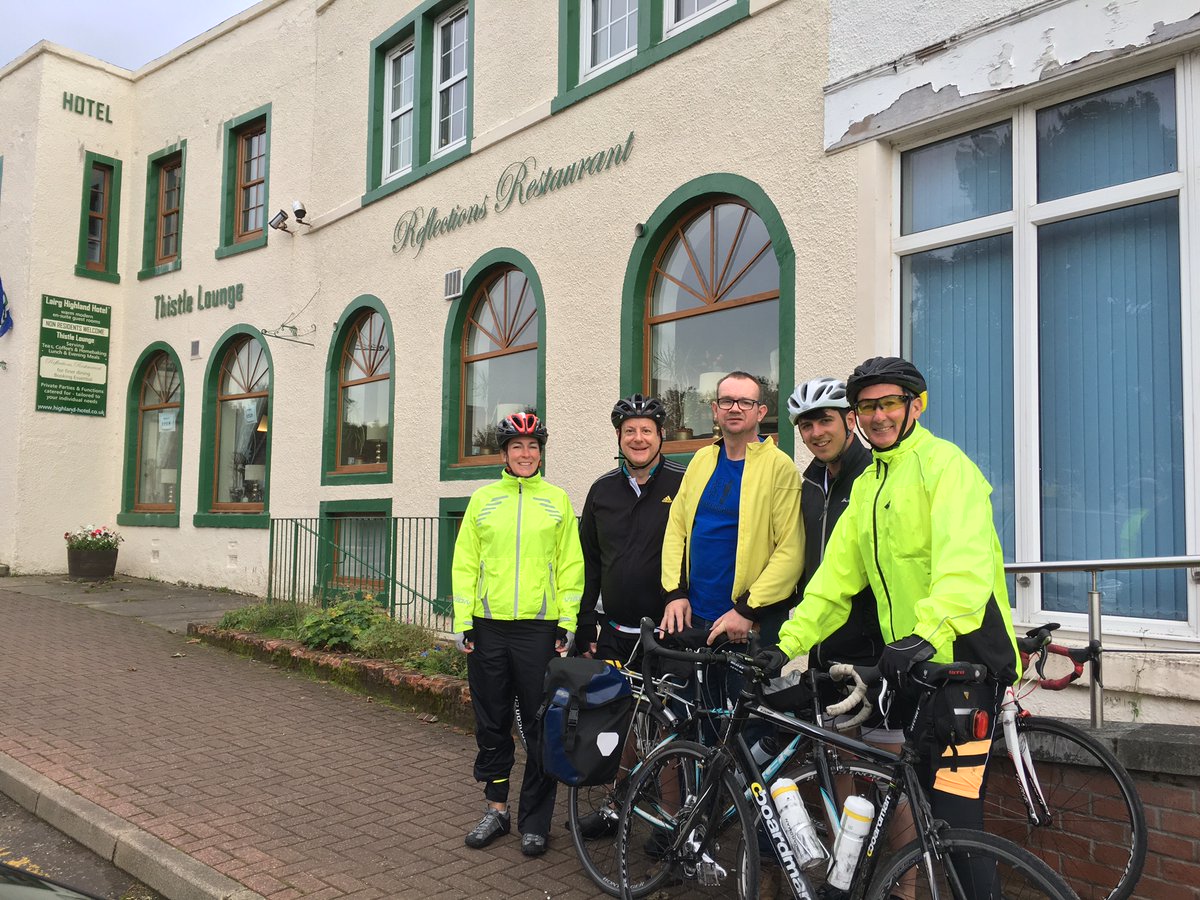 Fortunately, with the additional thrust of a strong tailwind the team had made amazing progress though the lochs and hills of the uplands, dubbed the land that gravity forgot as Chris set a land speed record of 52.4 mph, before his descent was hindered by a crowd of wild sheep. 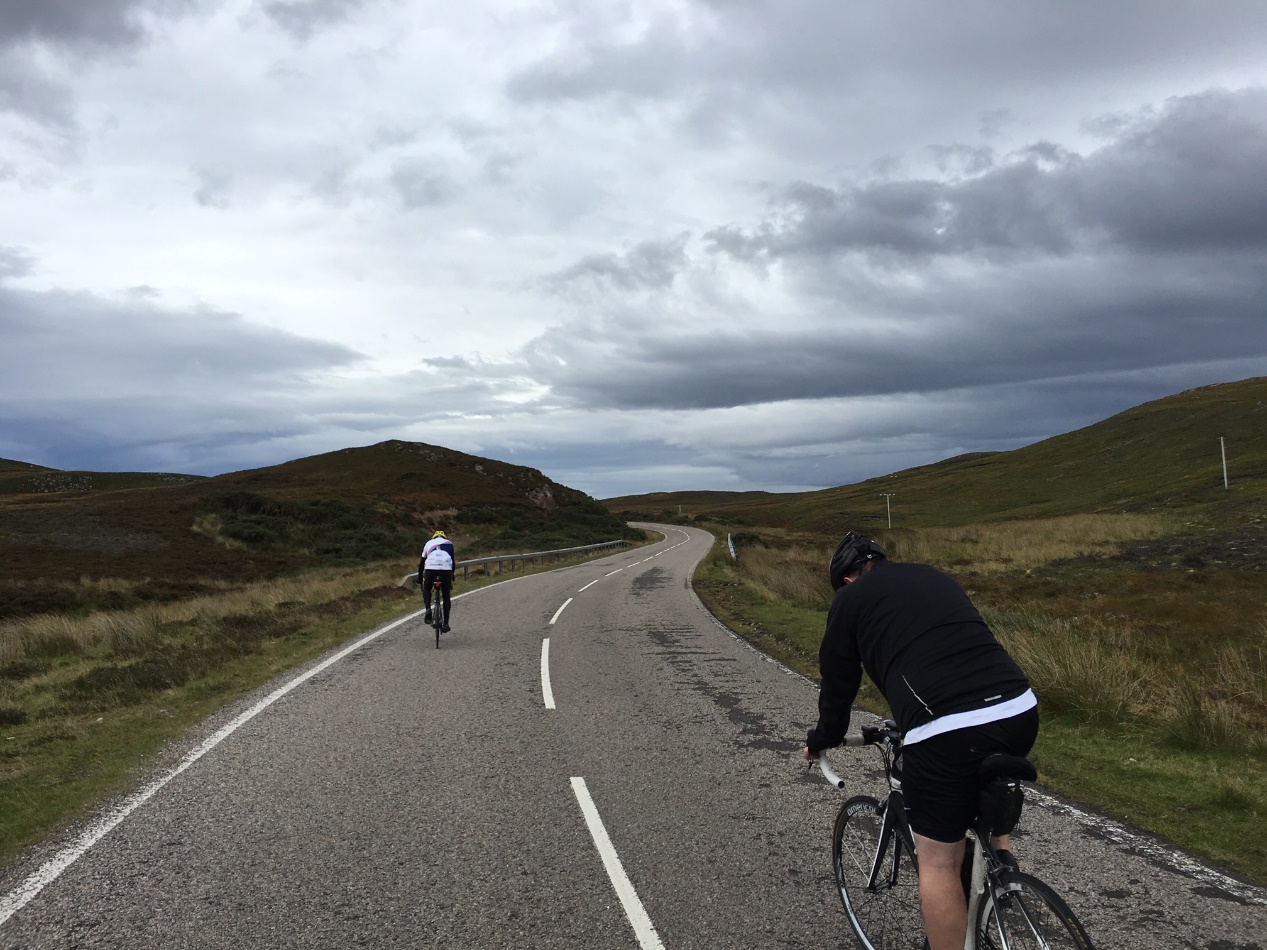 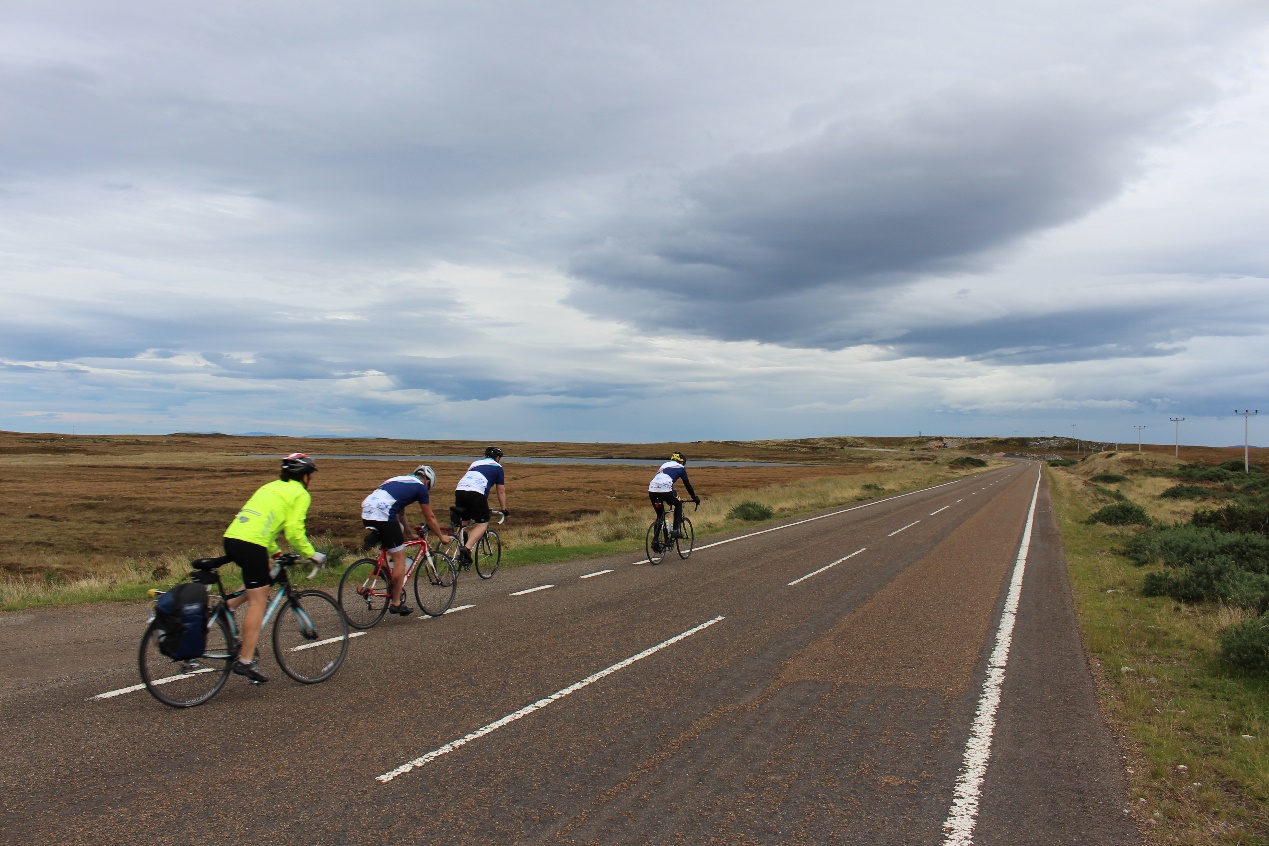 After powering through the morning ride, the team reached the picturesque village of Bettyhill. It was a particularly poignant stop for Gary, whose father-in-law’s house overlooked the coast. A round of sumptuous scones later, the cyclists departed into the teeth of one of the hardest uphill sections of all. 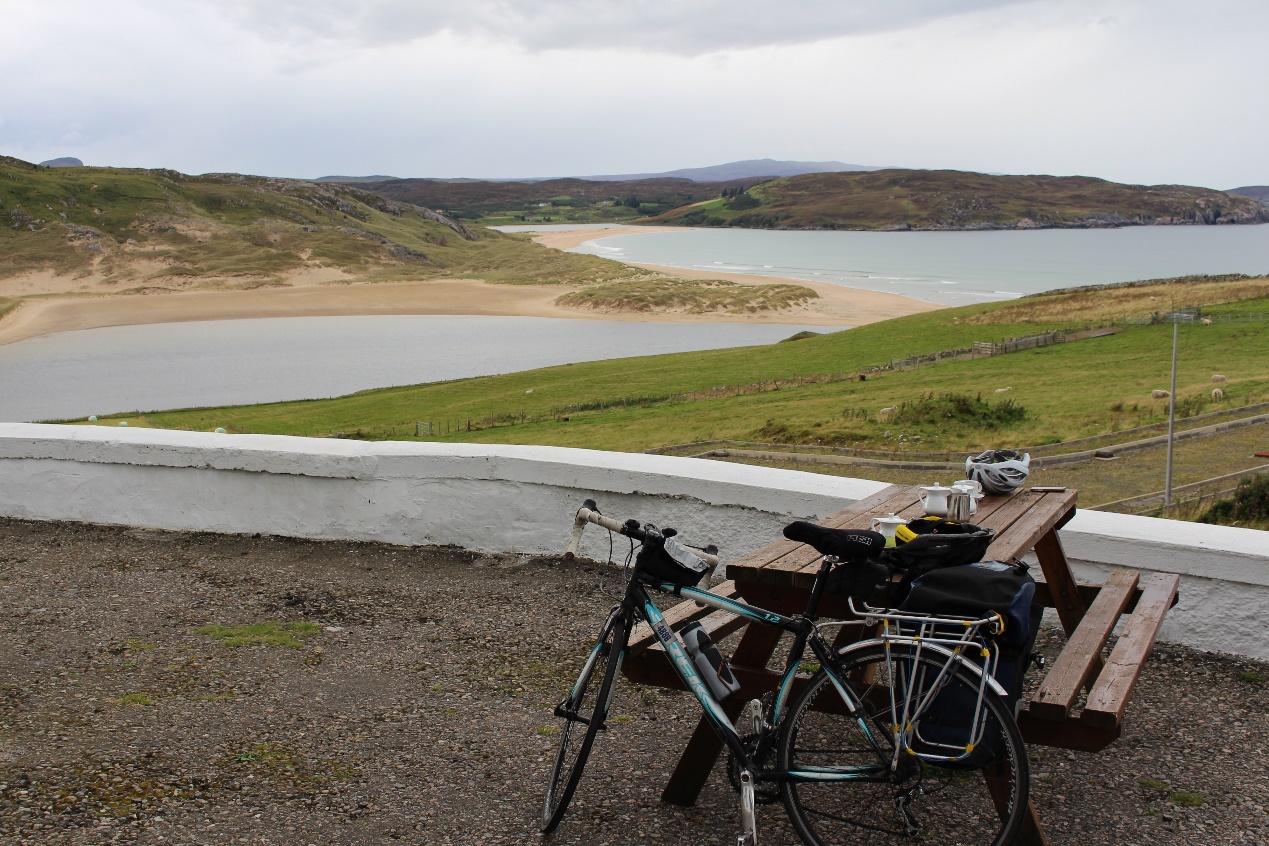 Pushed to their limits individually and as a group, the team were fortunate to have had great weather for most of the tour, cycling in the rain for less than 3 hours out of at least 100 on the bikes. They would like to pass on their enormous appreciation to everyone who attended the events and helped to make the first Flood Re Tour a success. 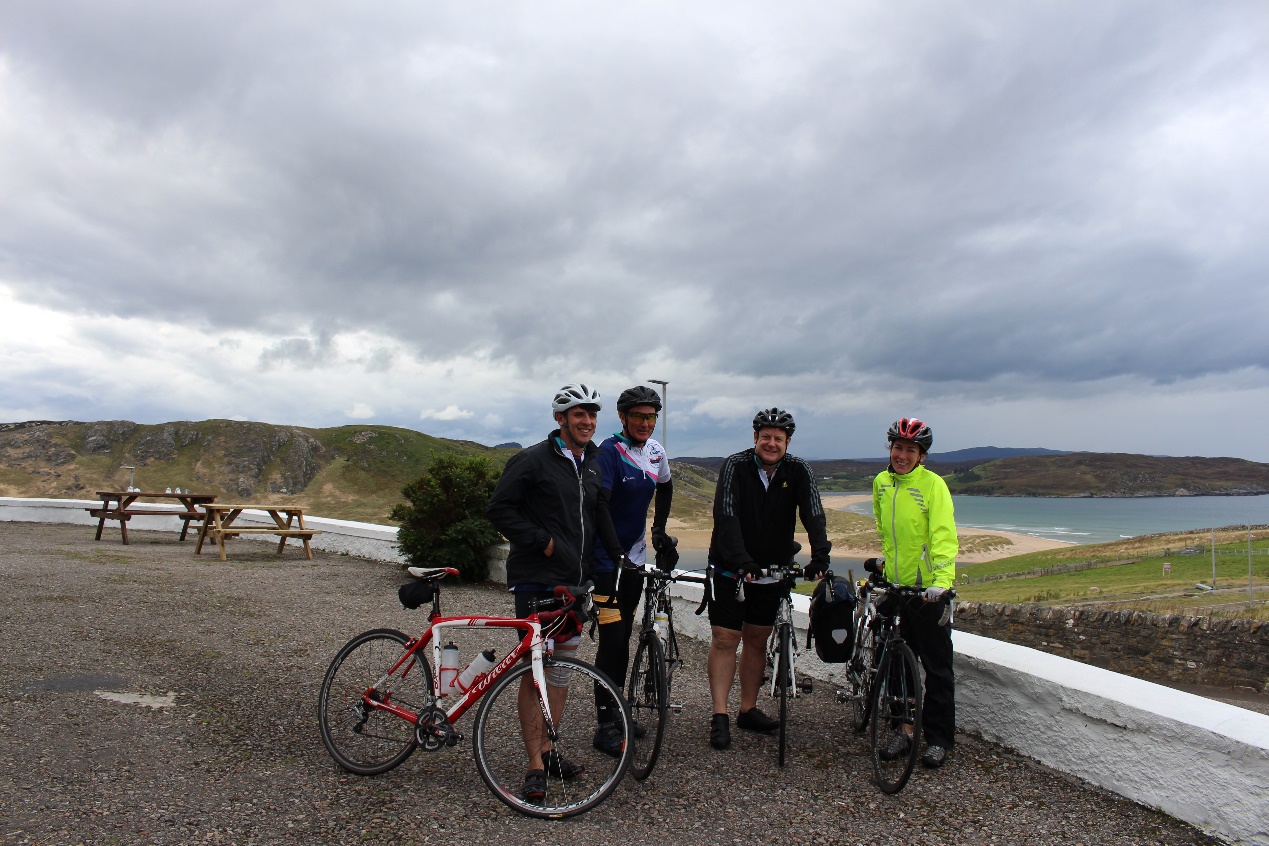 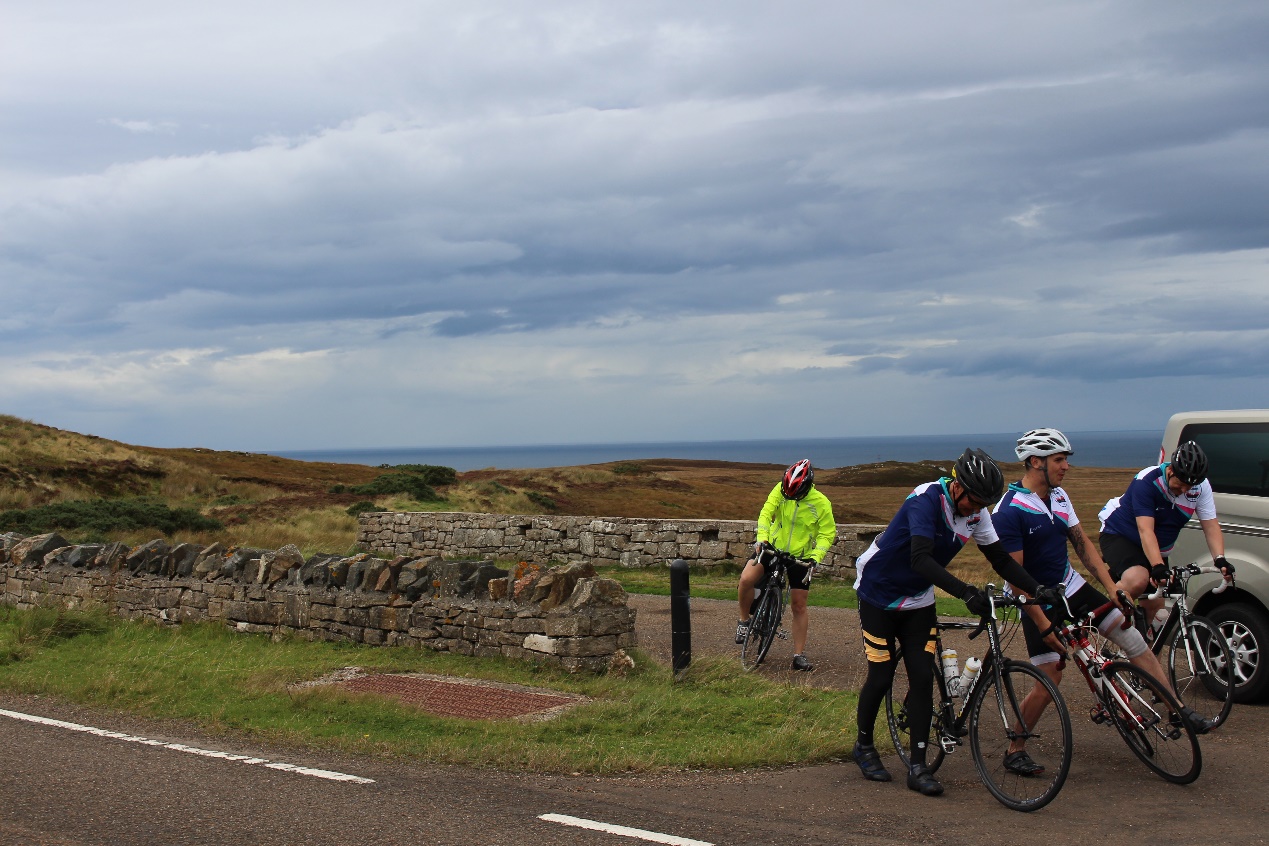 As the gloomy late evening turned to pitch black night, the final 30 miles to the John O’Groats sign seemed to fall slower and slower and slower. Finally, the lighthouse overlooking the small harbour came into view and the end was in sight. Cycling side-by-side to the finish post, the team enjoyed a quick snap with the sign and gathered for an emotional embrace. 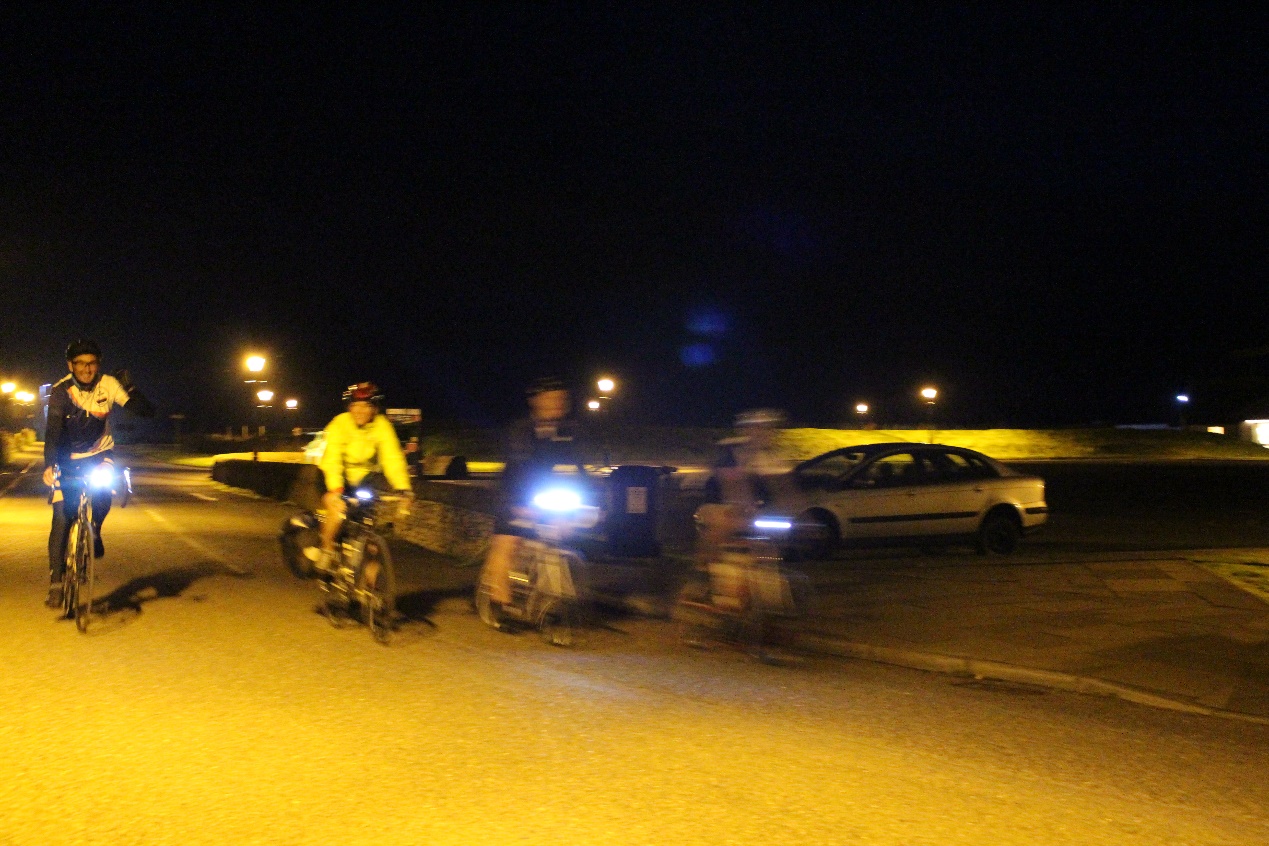 A late evening meal by the harbour, offered a chance to reflect on the ups and downs of the past week and a half. With early morning flights, the team didn’t have too much time to relax.

As the full weight of their feat has yet to fully settle, the team return home, no longer burdened with roadside puncture repairs buffeted by gales, the slathering of chamois cream and having to consume their entire body weight in snacks by mid-morning.

Yet alongside the memories and stories from the cycle, they were particularly taken by their discussions with homeowners, for whom flooding can be traumatic and immensely disruptive. It is their hope that increased awareness of the scheme will enable more people to benefit. Now, #FloodReTour2017 anyone? 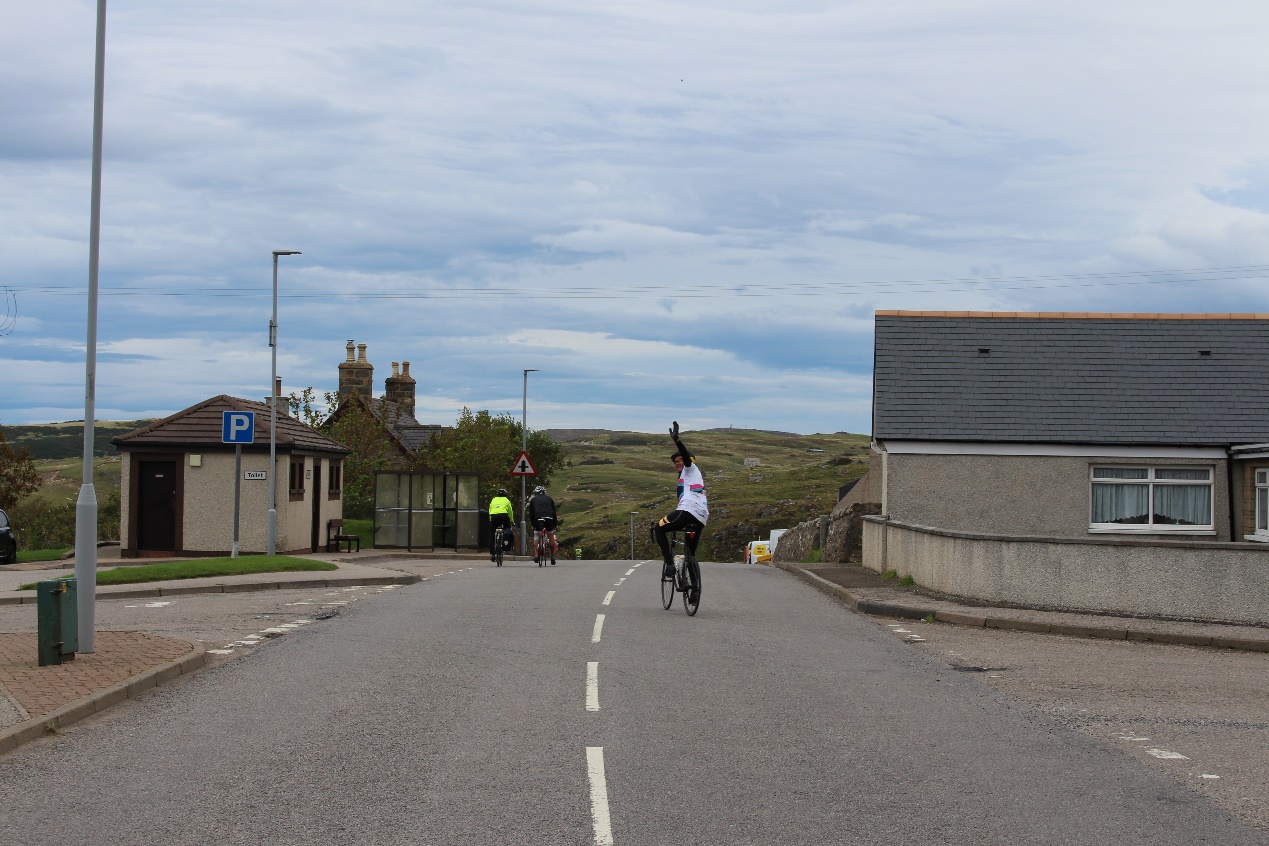