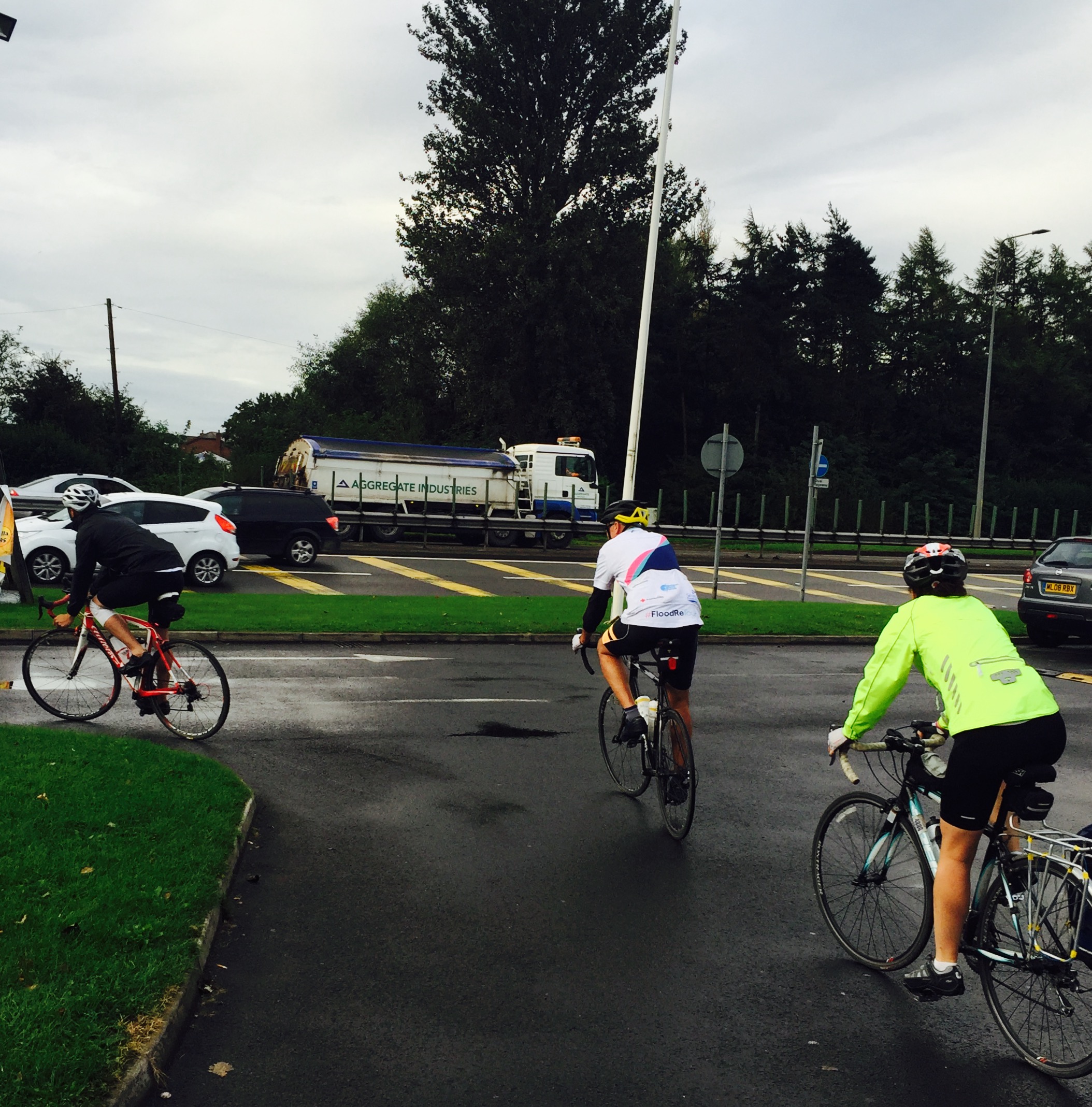 Day 6 saw the team grow by two more members, with Nick Mountfield joining for the whole day and John Wood joining the team from lunch. The ‘core four’ – Harriet Boughton, Gary McInally, Chris Bradbury and Andrew Creedon – and Nick set off from the overnight accommodation in Leigh for the team’s first wet morning. With anoraks on, the team exited the hotel car park to join the A6 northbound towards Cumbria.

Travelling along the A6 at speed, the team covered the first 28 miles of the day in great time. By this point the clouds had lifted and the sun had come out to warm up our cyclists. With the rest of the team discussing the route for the day, Gary took the opportunity to slip off and buy the team a present to keep spirits high. Coming back with a portable Bluetooth speaker, the team was ecstatic and started to work out which Disney songs they should add to the playlist. 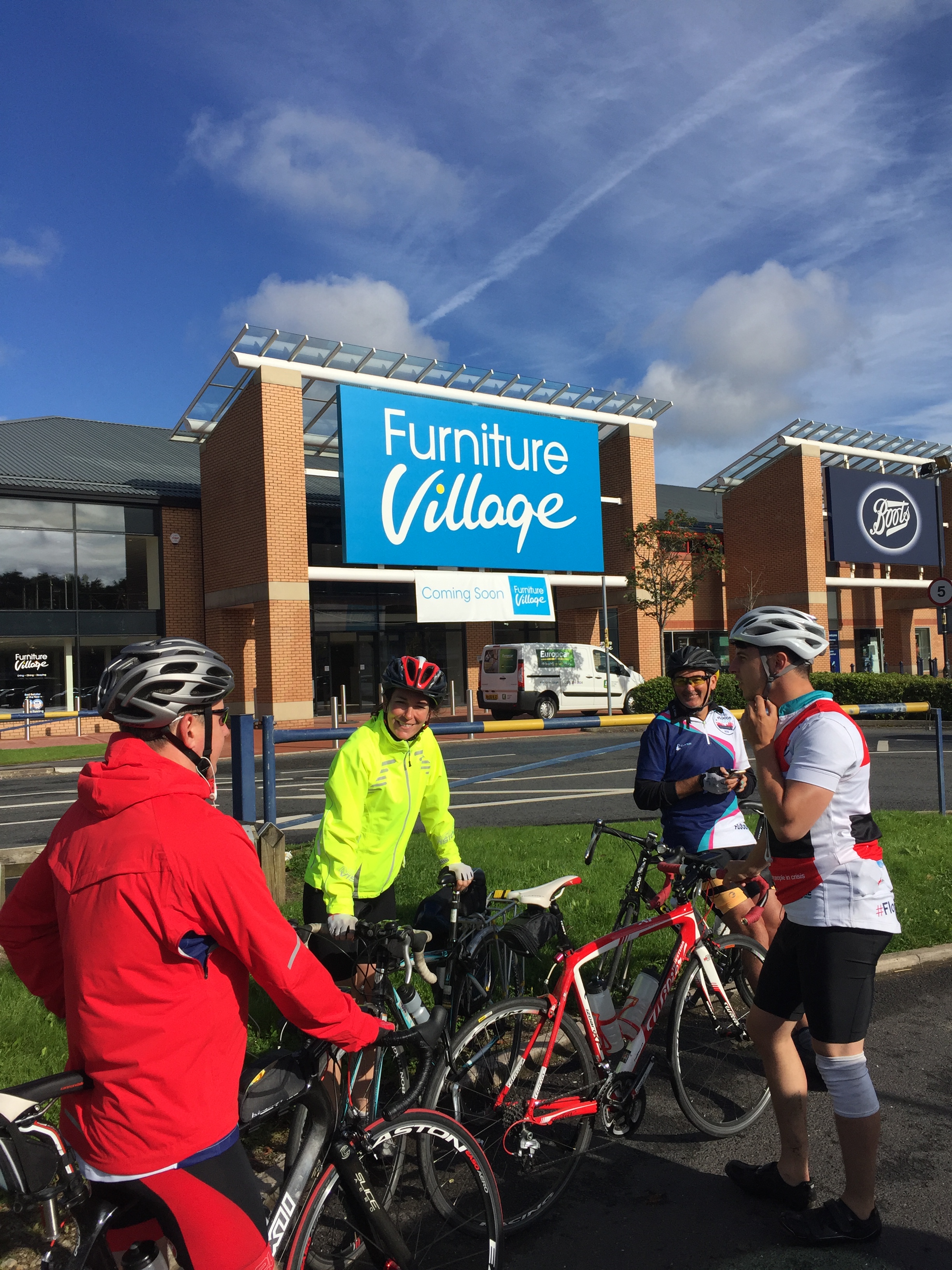 Refuelled and with renewed enthusiasm due to the promise of a sing-along, the team re-joined the A6. After a while, the hustle and bustle of this main road became too much for the team and they decided that their lightweight road bikes would be better suited to a spot of off-roading along a muddy canal towpath.

After conquering the off-road sections of the towpath, the team turned their attention to lunch. The support team had taken pre-orders and provided the cyclists with a picnic buffet. Despite the wonderful spread of food, the team couldn’t help but be upset, when support team supremo, Nicola Mitchell and her wonderful husband Rob, had to head home.

With the emotional goodbyes done, the team set off heading to Kendal for their meet and greet. The event was the busiest to date, with a number of local residents and councillors coming to find out more about the scheme. Credit must go to Harriet who kick started a series of constructive discussions. 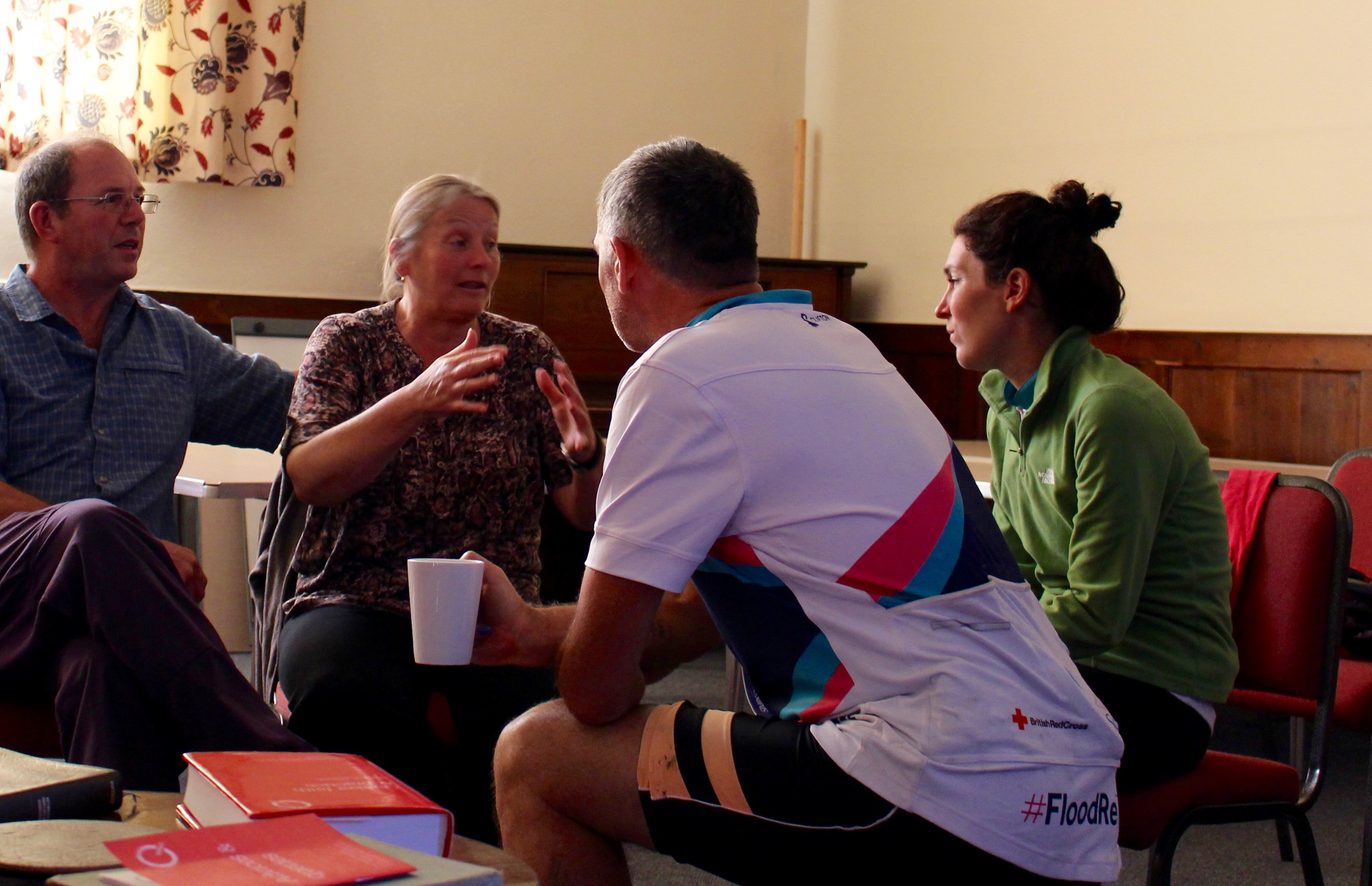 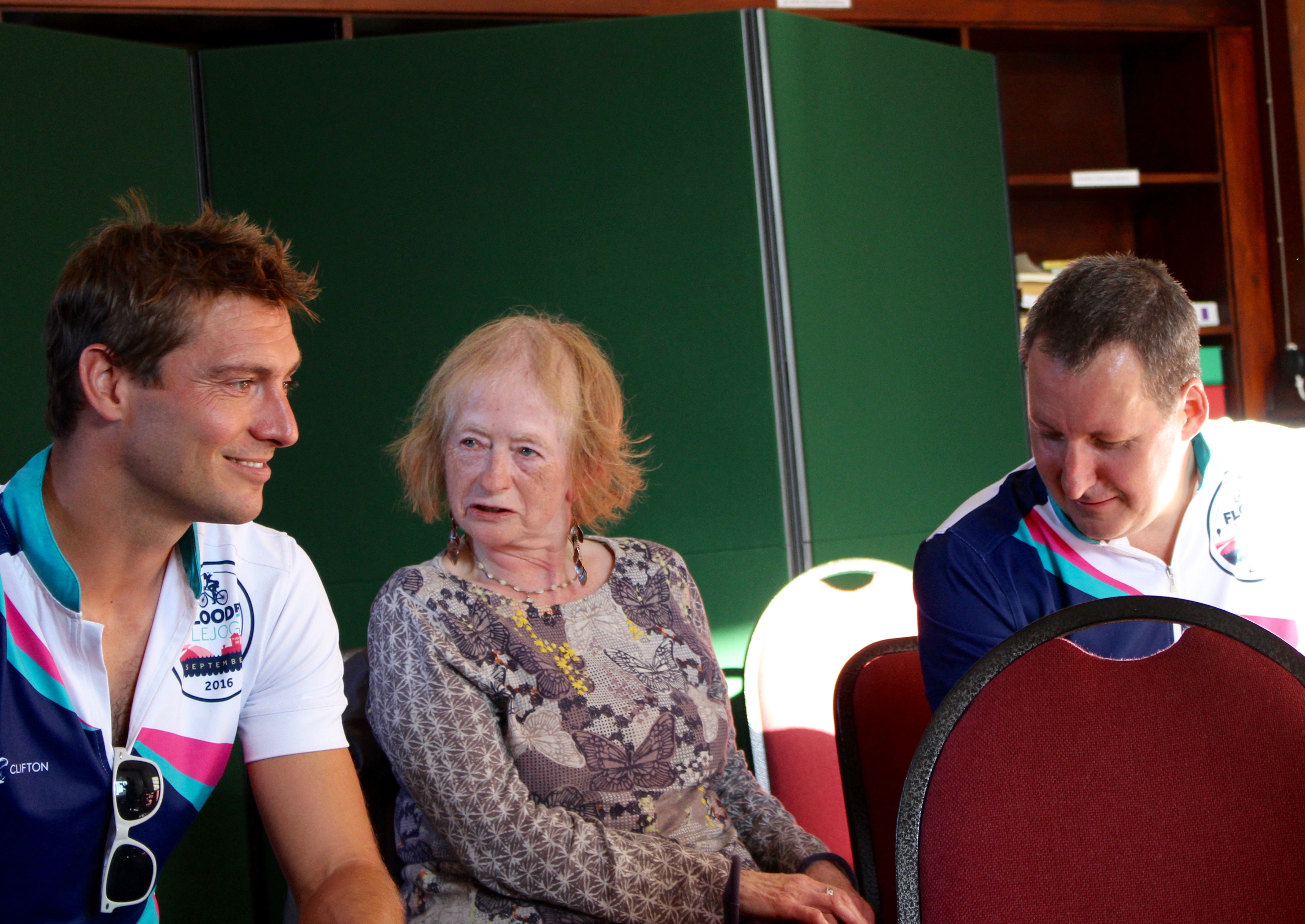 With the event over, the team had a final 10 miles to complete before they reached their hotel for the night in Bowness-on-Windermere. Arriving just before the sun went down, the team were met with some glorious views of Lake Windermere. 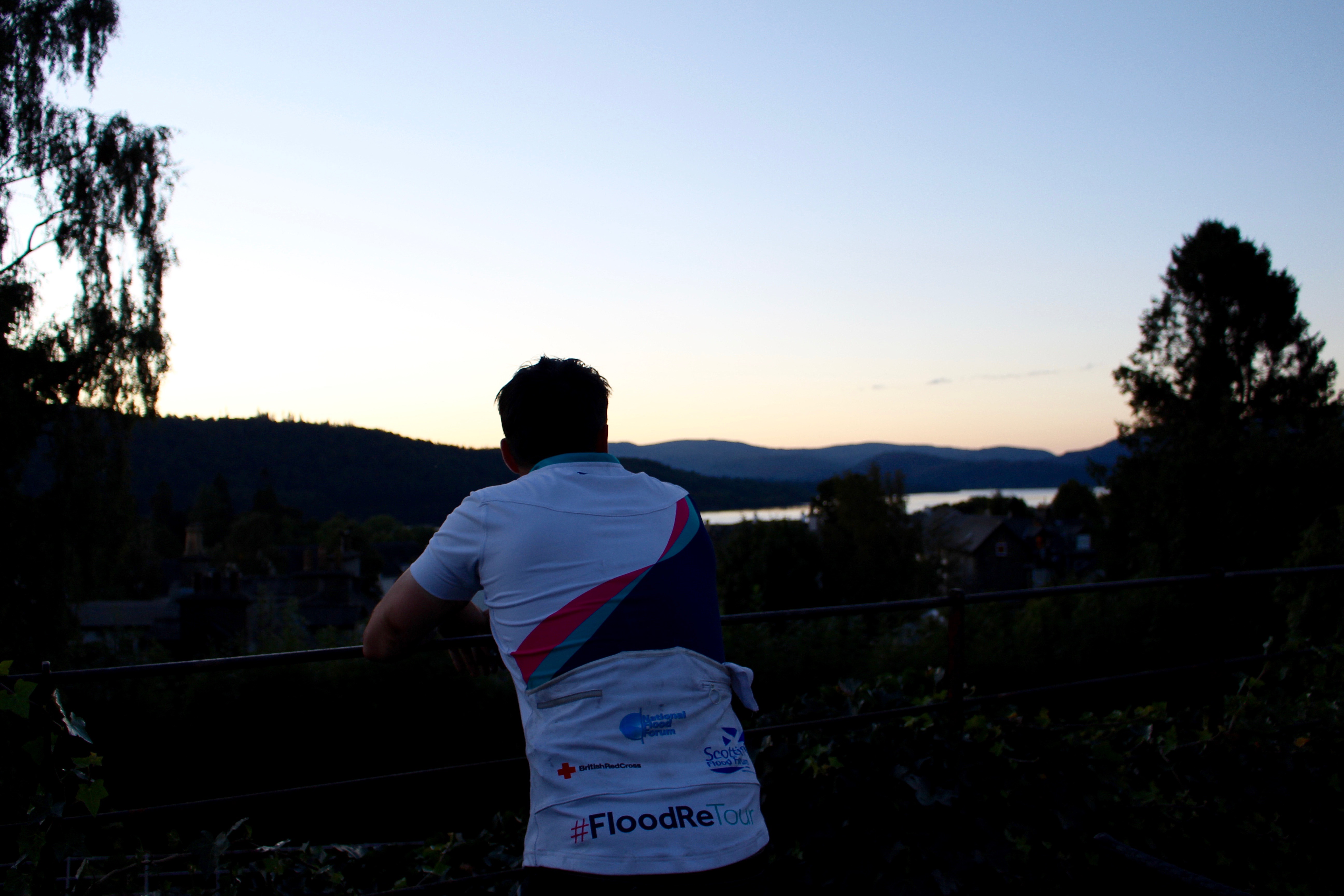 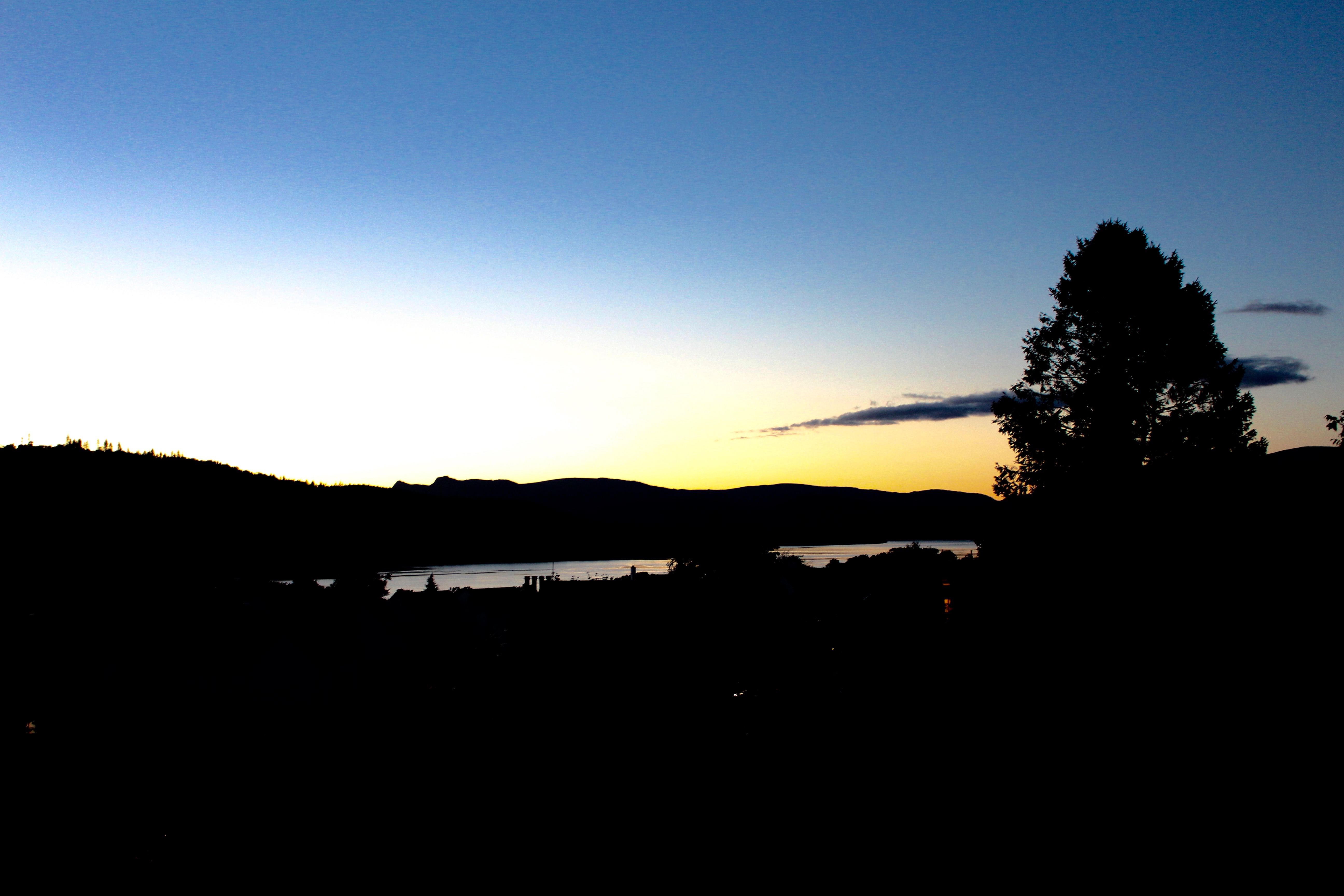 Watching the sun go down, the team reflected on their journey so far – realising that today they had crossed the halfway mark. Members of the core team have now cycled approximately 515 miles each.