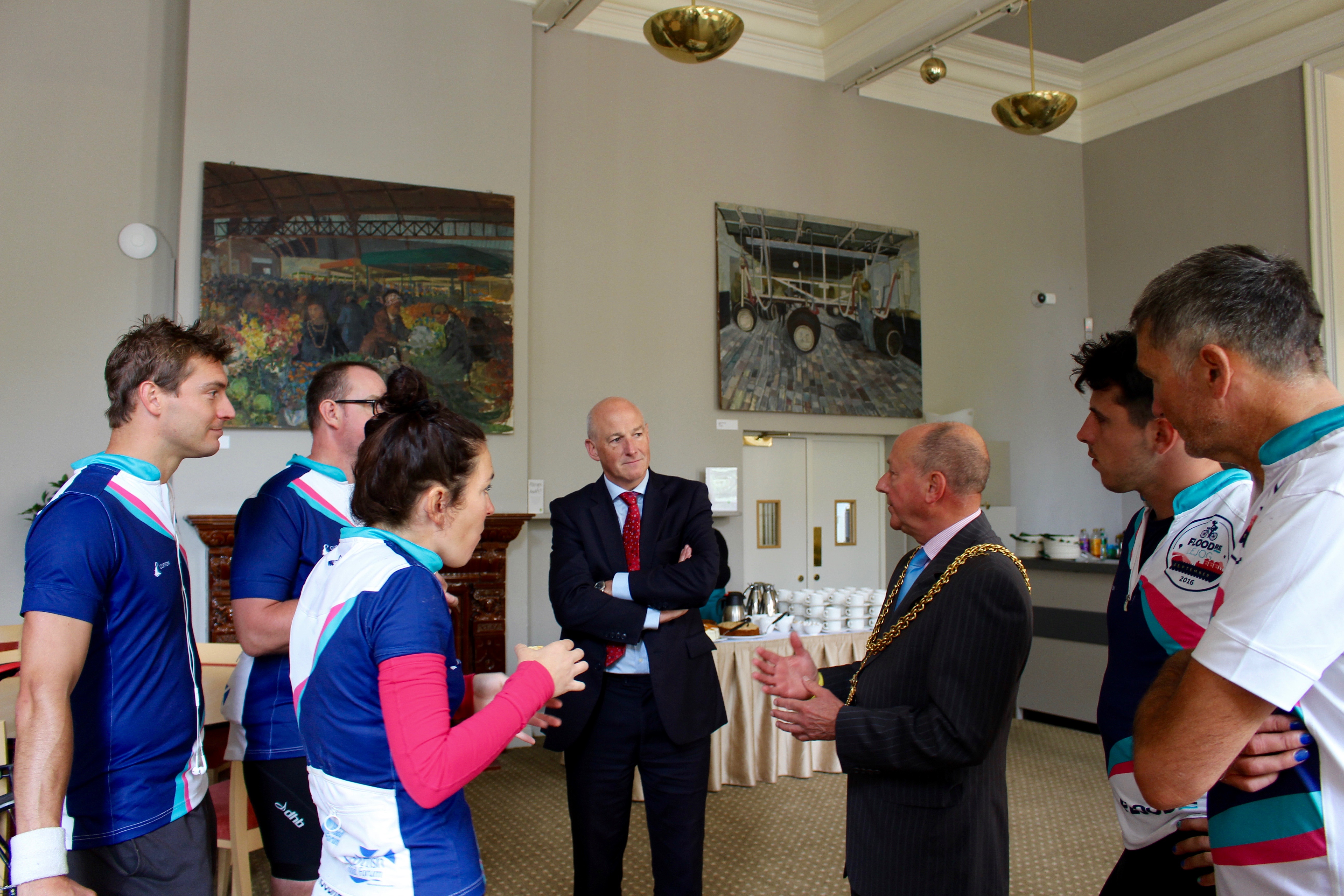 Day 7 was to be the busiest day yet with two meet and greets planned. The team – today made up of Harriet Boughton, Gary McInally, Chris Bradbury, Andrew Creedon and John Wood – made some last minute kit adjustments whilst watching the sun come up over Lake Windermere. The team departed, with retired cyclist, Nick Mountfield, waving them off. 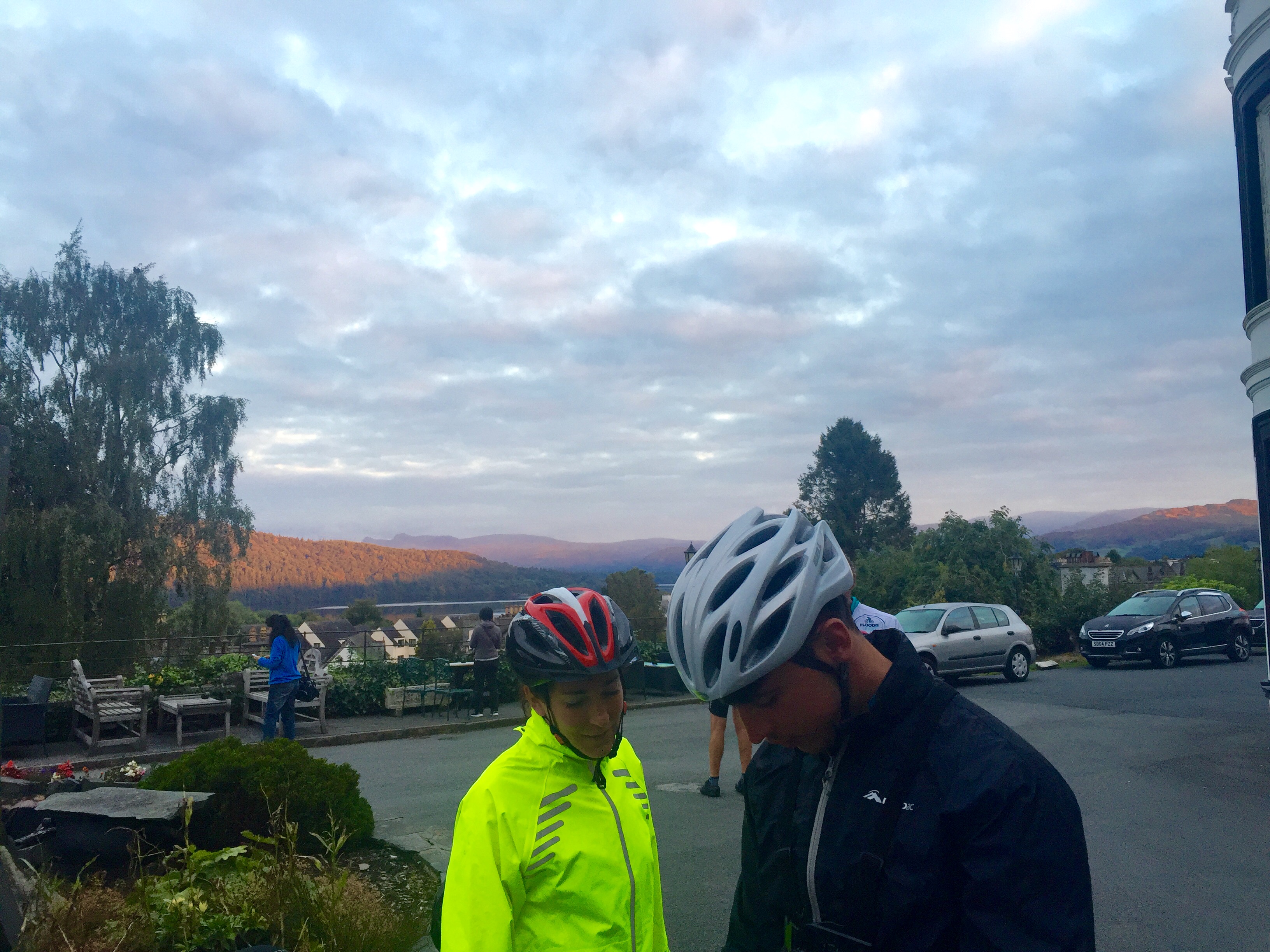 Keswick was to be the team’s first stop. Leaving early paid off, as the cyclists arrived ahead of schedule and had a few minutes to refuel before the event began. Turn out was high, with Lynne Jones (Chair of the Keswick Flood Action Group), David Burn (Mayor of Keswick) and a number of local residents and councillors turning up to the event. 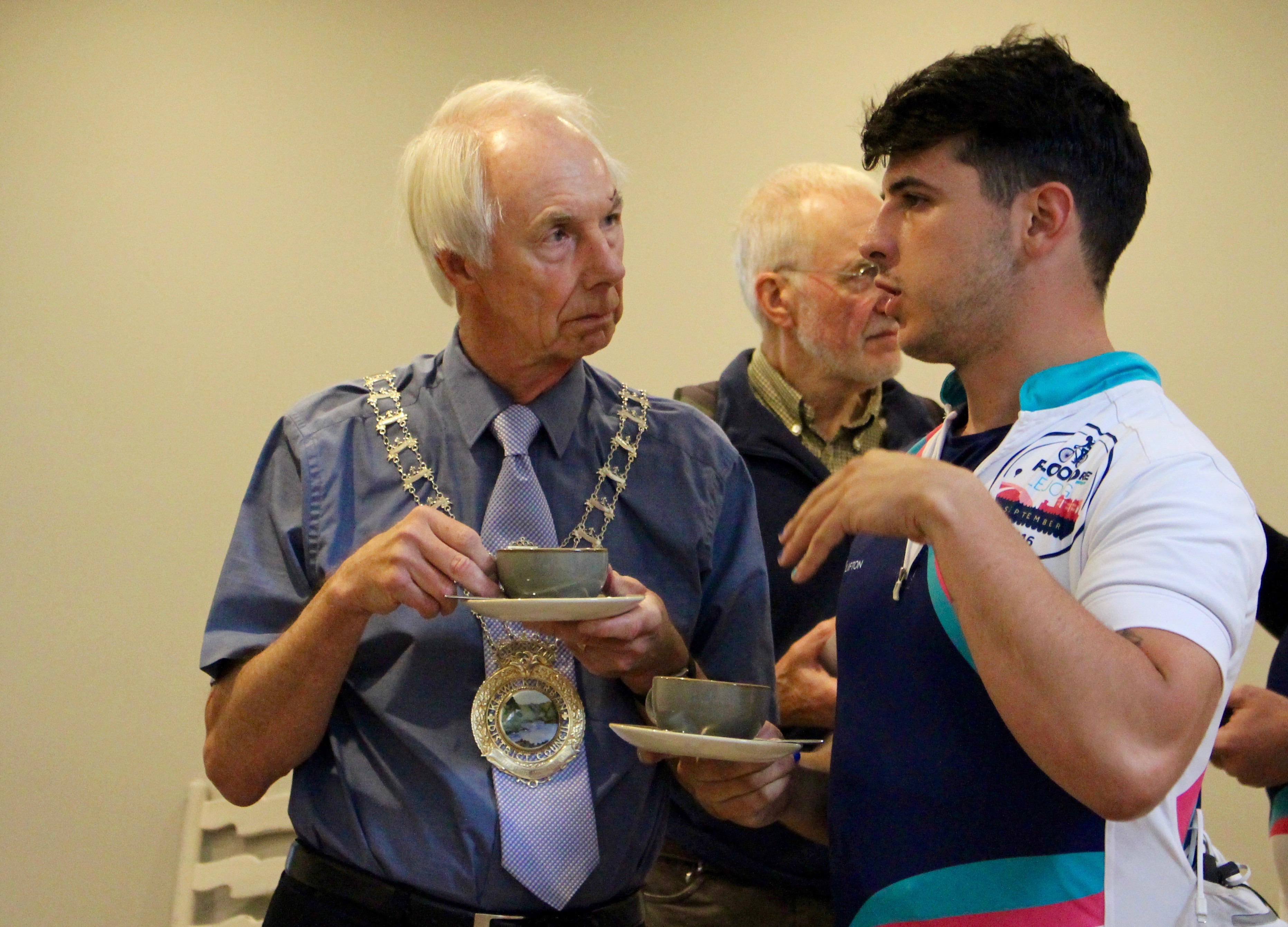 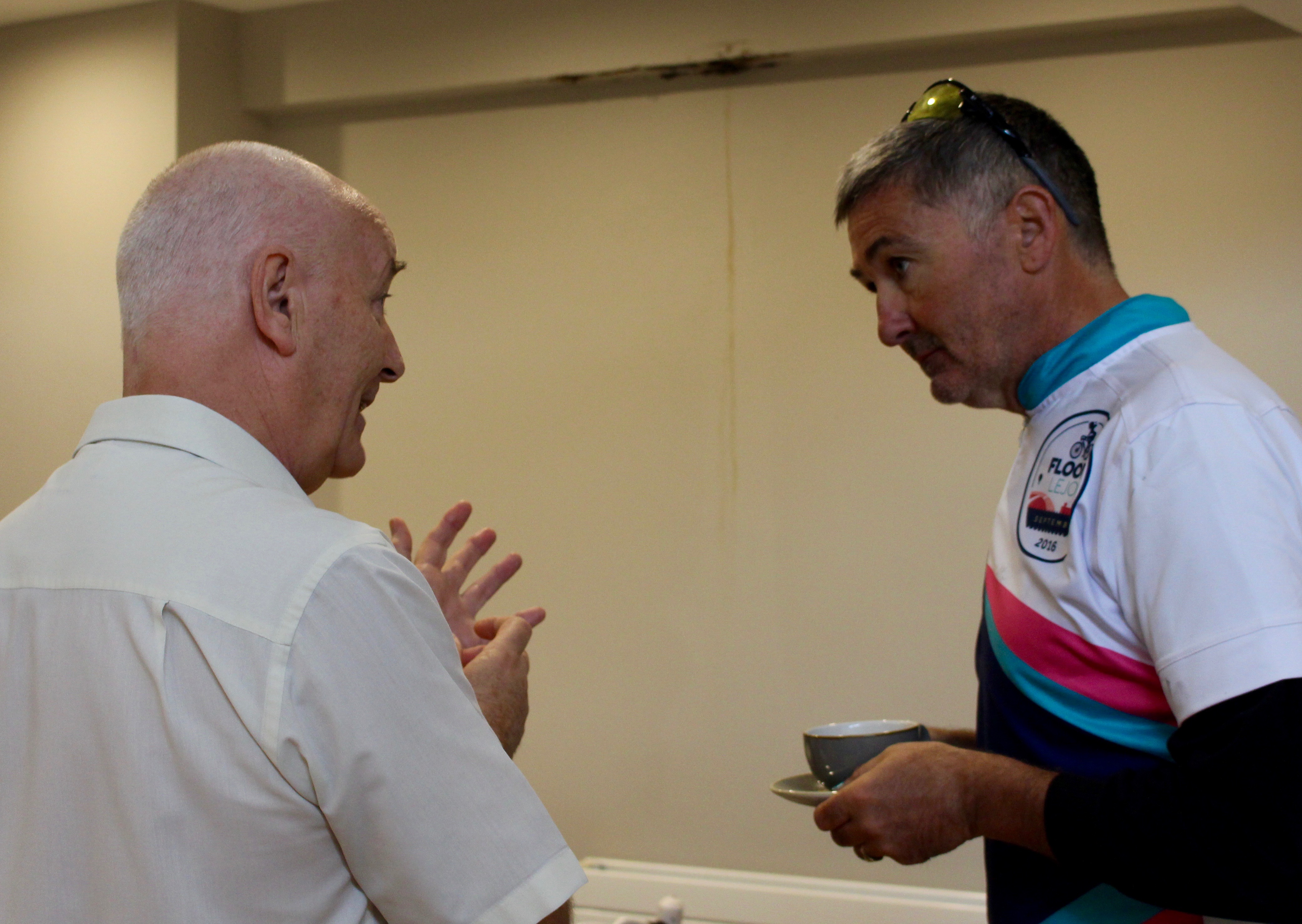 With lots of questions to answer, the team split up and talked to all attendees separately. After some healthy discussions, the event came to a close with our team having to make a swift exit to ensure they made it to Carlisle on time.

The team were due at the second meet and greet of the day in Carlisle at 2:00pm. With the promise of lunch when they arrived, the team powered through the 29 miles and amazingly managed to arrive early again. After a quick lunch break, the team welcomed John Stevenson (the MP for Carlisle), Colin Stothard (the Mayor of Carlisle) and a number of local councillors. As in Keswick, the team split up to ensure they could speak to all attendees on an individual basis. The event went off without a hitch – with one local councillor commenting that it was great to see how much the team cared. 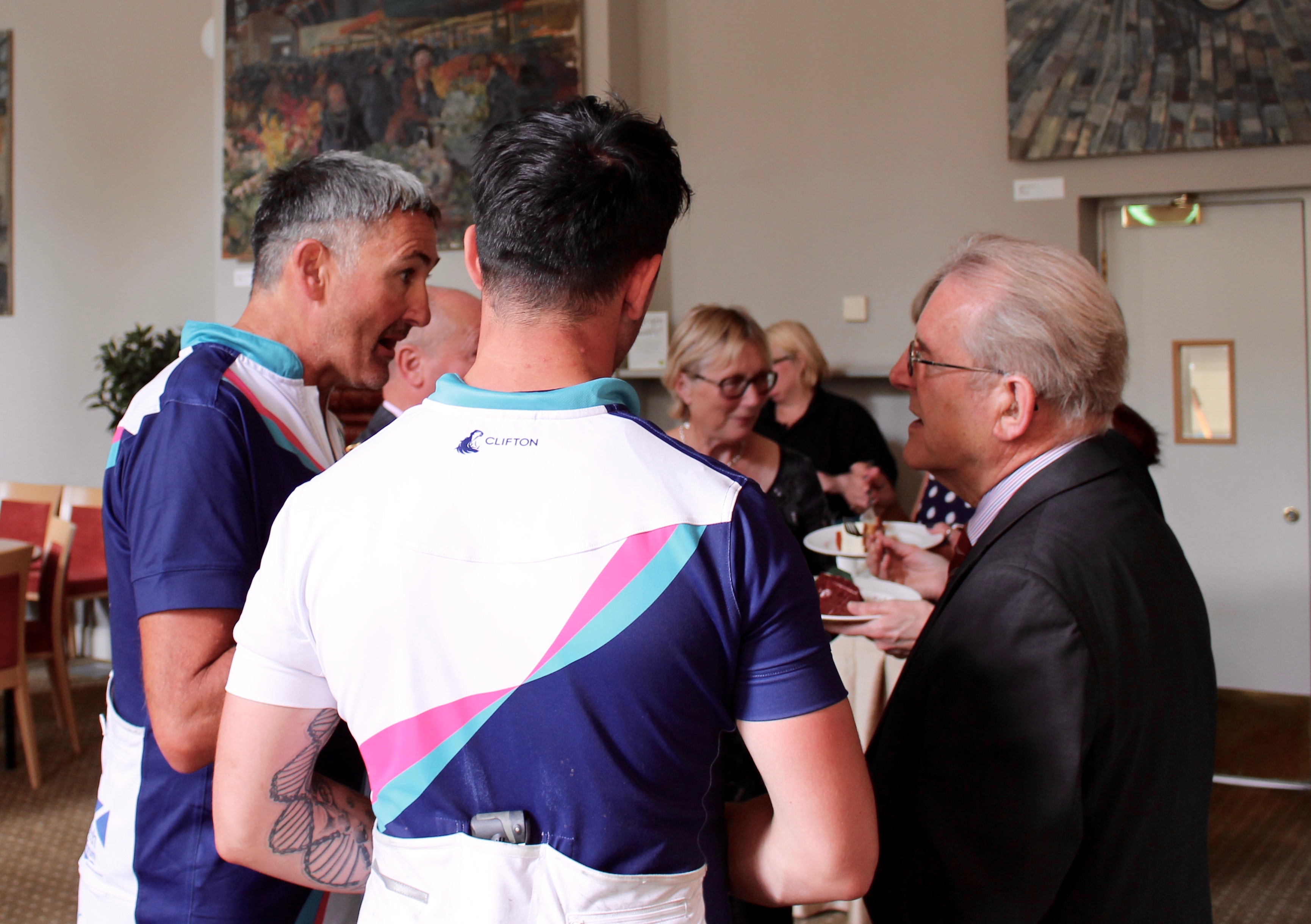 With the successful event over, the team now headed for the Scottish border – after 585 miles they made it! 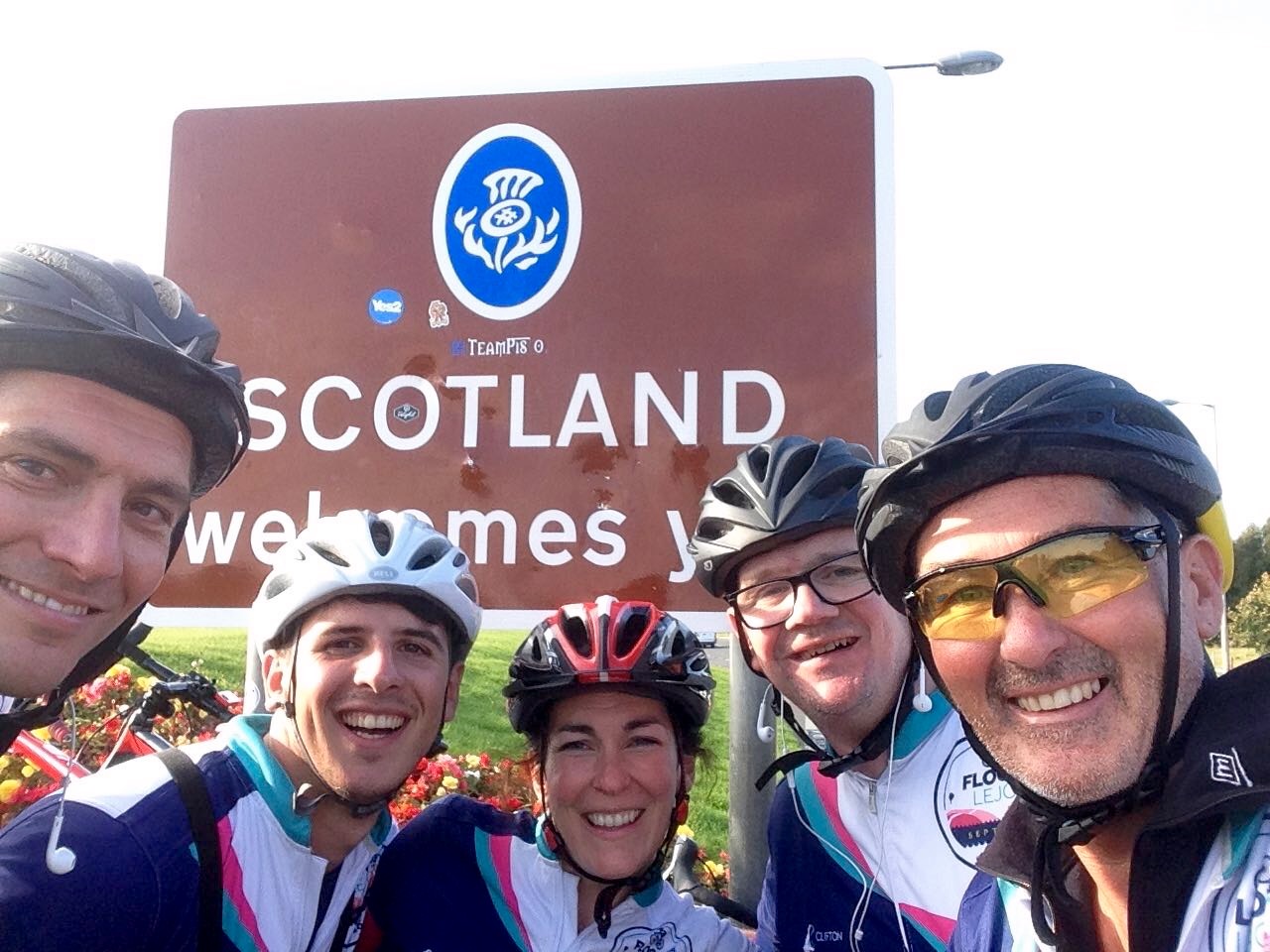 The next stop was to be Lockerbie, where the team picked up the final cyclist, Adam Golding. Before leaving Lockerbie, the team decided that they had to try some local delicacies – naturally this was battered and deep fried pizza (which according to the team is actually very tasty). After this hit of carbs, the team found an extra gear and broke Adam in with a nice warm-up cycle, averaging around 18mph.

The team arrived into their overnight stop of Moffat at around 7:30pm. With 620 miles now completed and a long day behind them, the team had some dinner and then turned in early for some well-deserved rest.