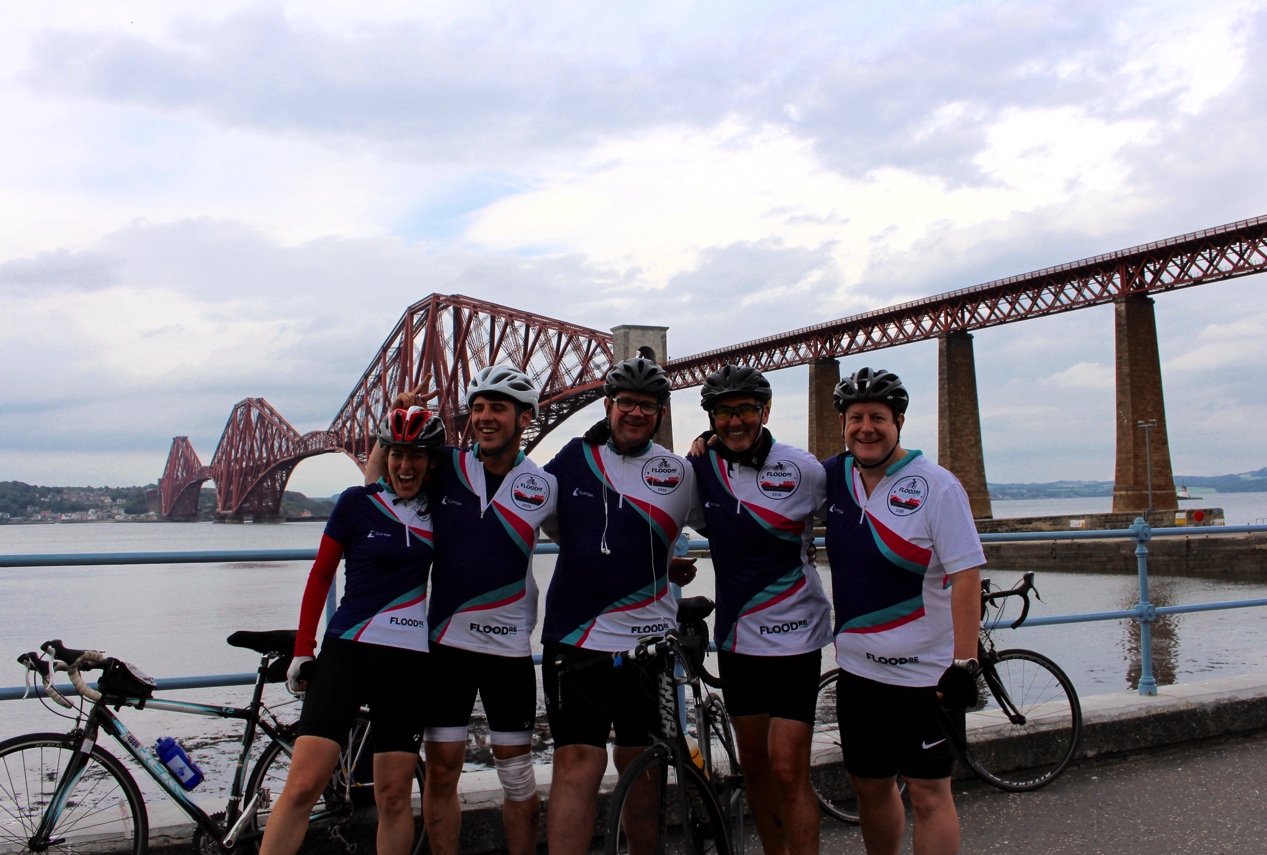 With the meet and greet at the end of the day, the team set off without any major time constraints for the morning or early afternoon. Leaving their overnight location at around 7:30am to a cold and windy Scottish morning, the team –
Harriet Boughton, Gary McInally, Chris Bradbury, Andrew Creedon and Adam Golding – made their way north, aiming to get to Perth for 7:30pm. 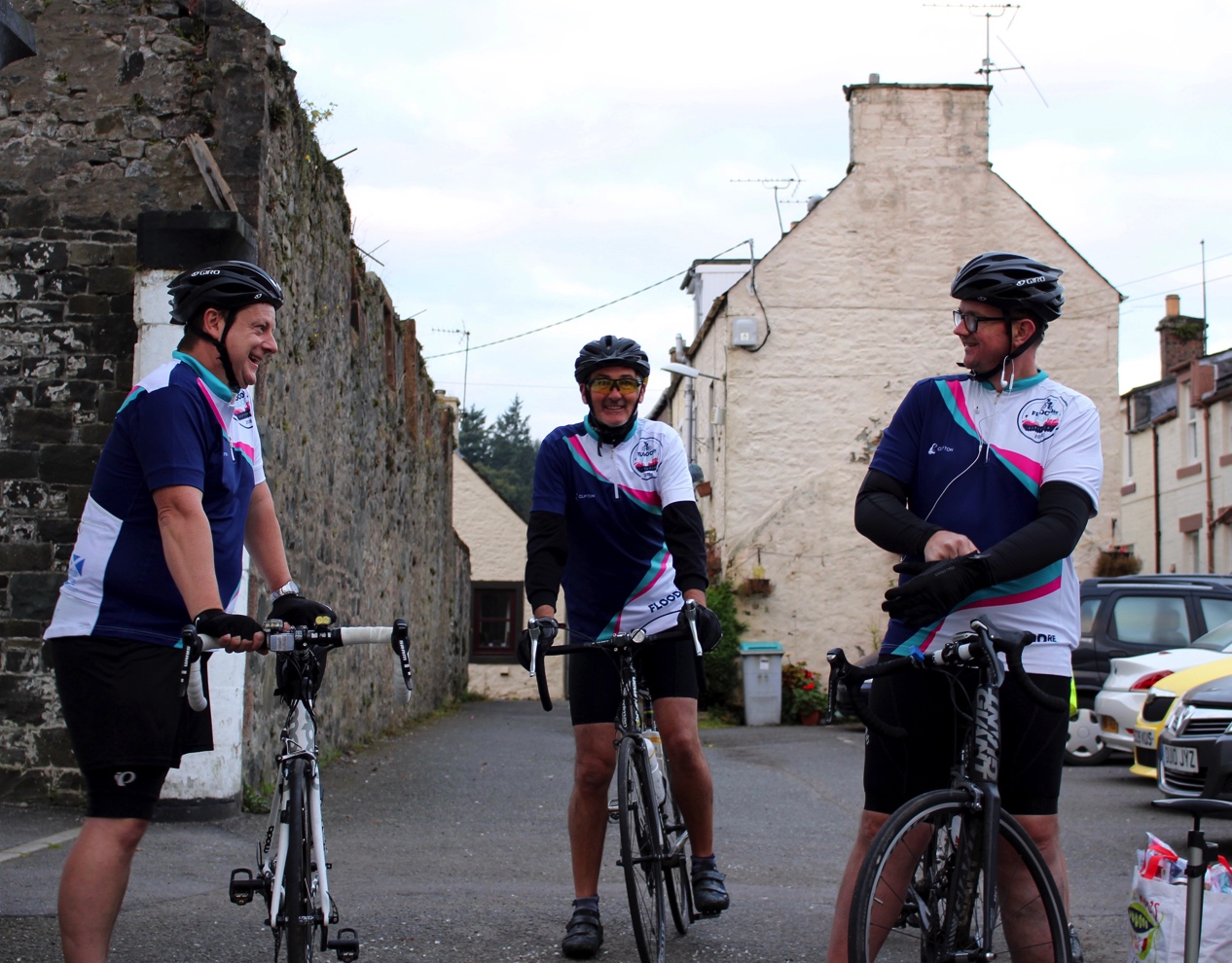 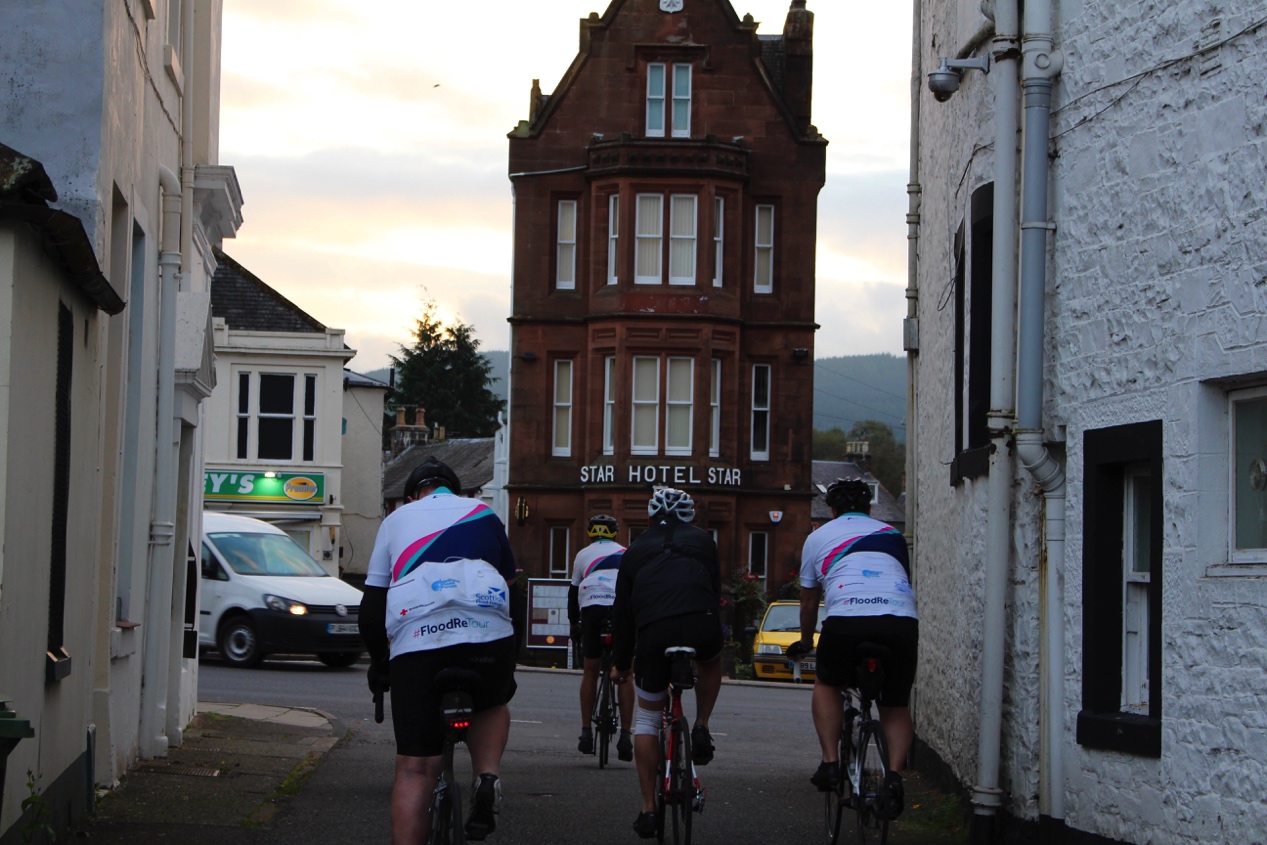 After seven days on the road, the ‘core four’ had now given each other nicknames – Harriet became ‘H Bomb’, Gary became ‘Gazze’, Chris became ‘Crystal’ and Andrew became ‘Ladies Man’. With Adam now joining the group until the very end, his nickname was being finalised. 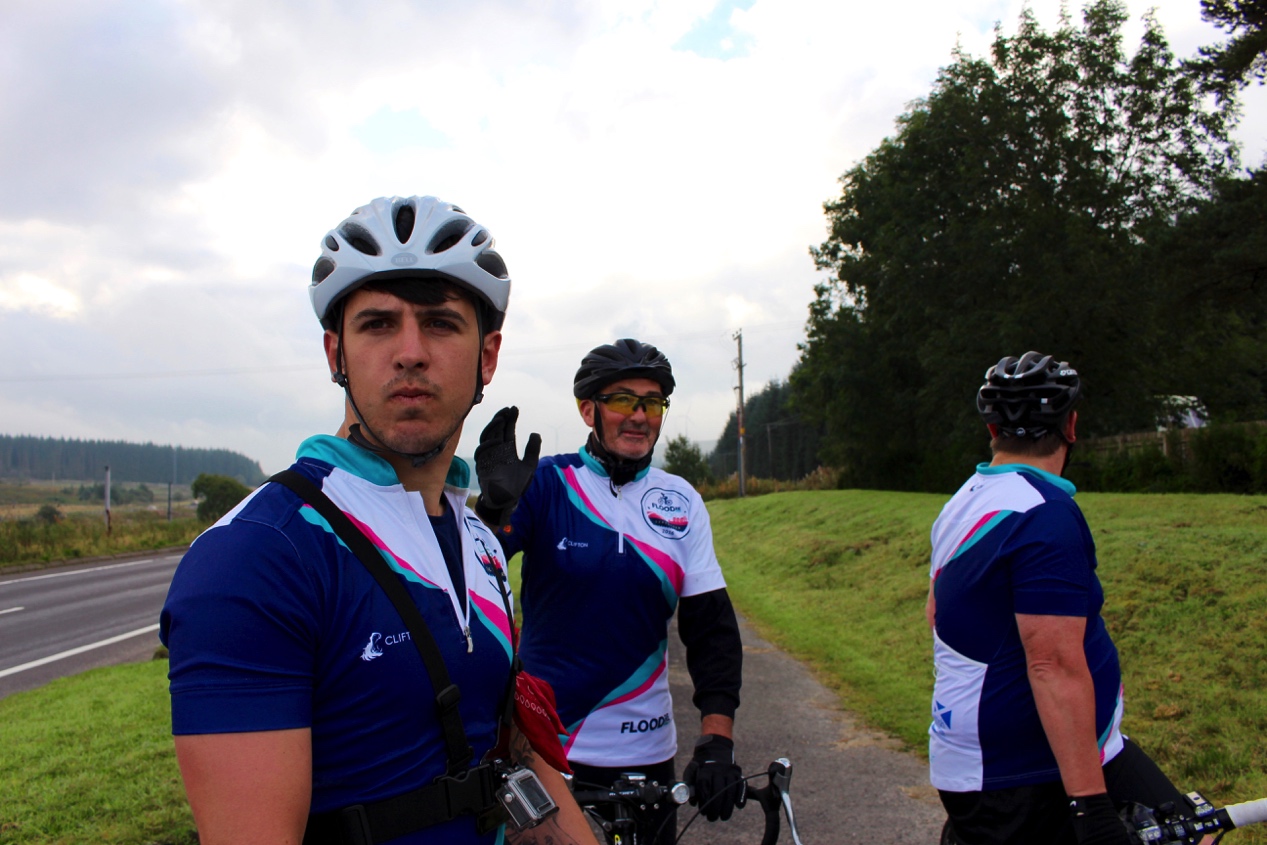 Despite the cold, the team had a beautiful morning cycle ride through the Scottish countryside – with breathtaking views in every direction. 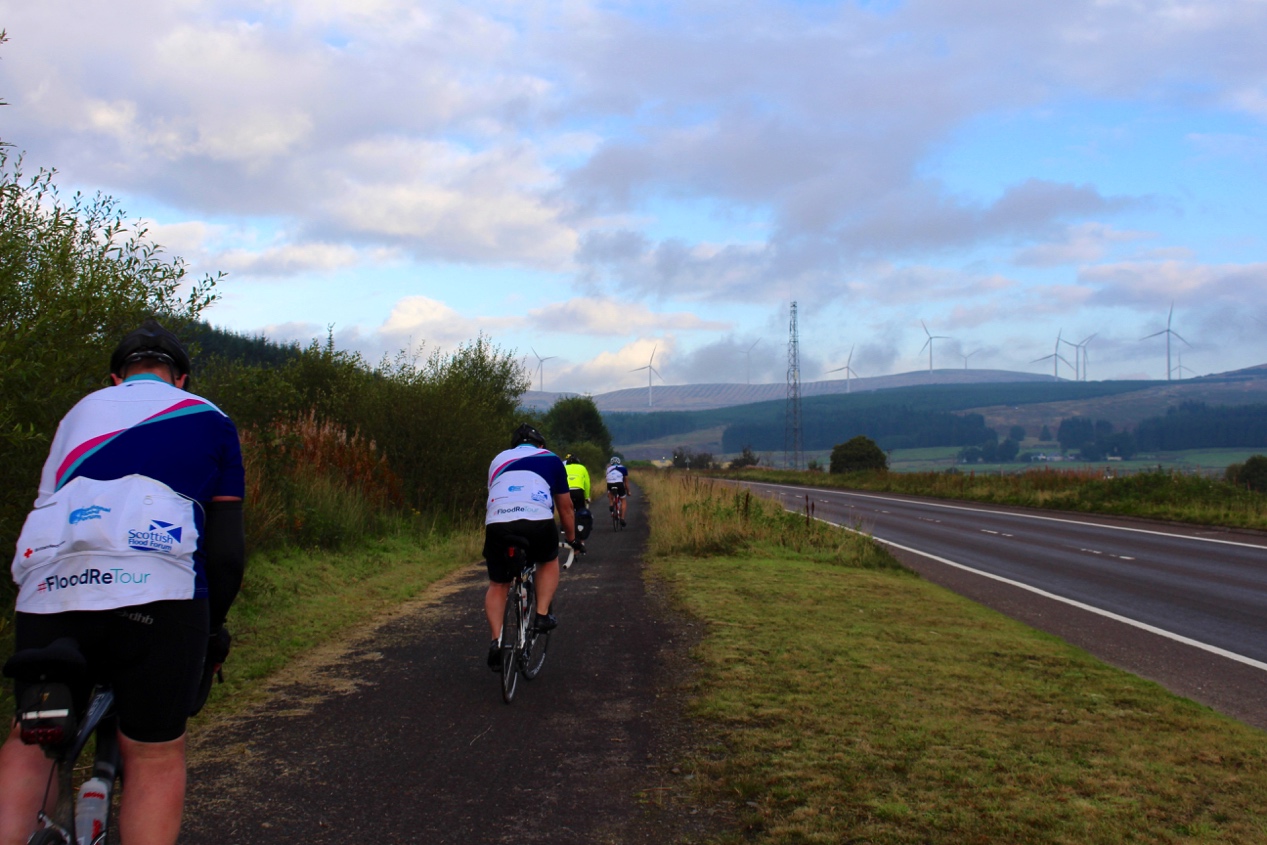 Harriet was desperate to see a Highland cow and asked the support team to keep an eye out. Unfortunately, the team didn’t spot any and Harriet would have to wait until they were further north for her first encounter.

The team’s first stop was for lunch in South Queensferry where Gary, using his local knowledge, took the group to a restaurant overlooking the Forth Rail Bridge.

Before setting off again, the cyclists had organised to FaceTime the Flood Re team back in London. With Debra Wilkinson now leading the support team, she decided to conduct one of her famous office quizzes from Scotland for the whole Flood Re team. The cyclists all huddled around a small iPhone screen and the quiz began. 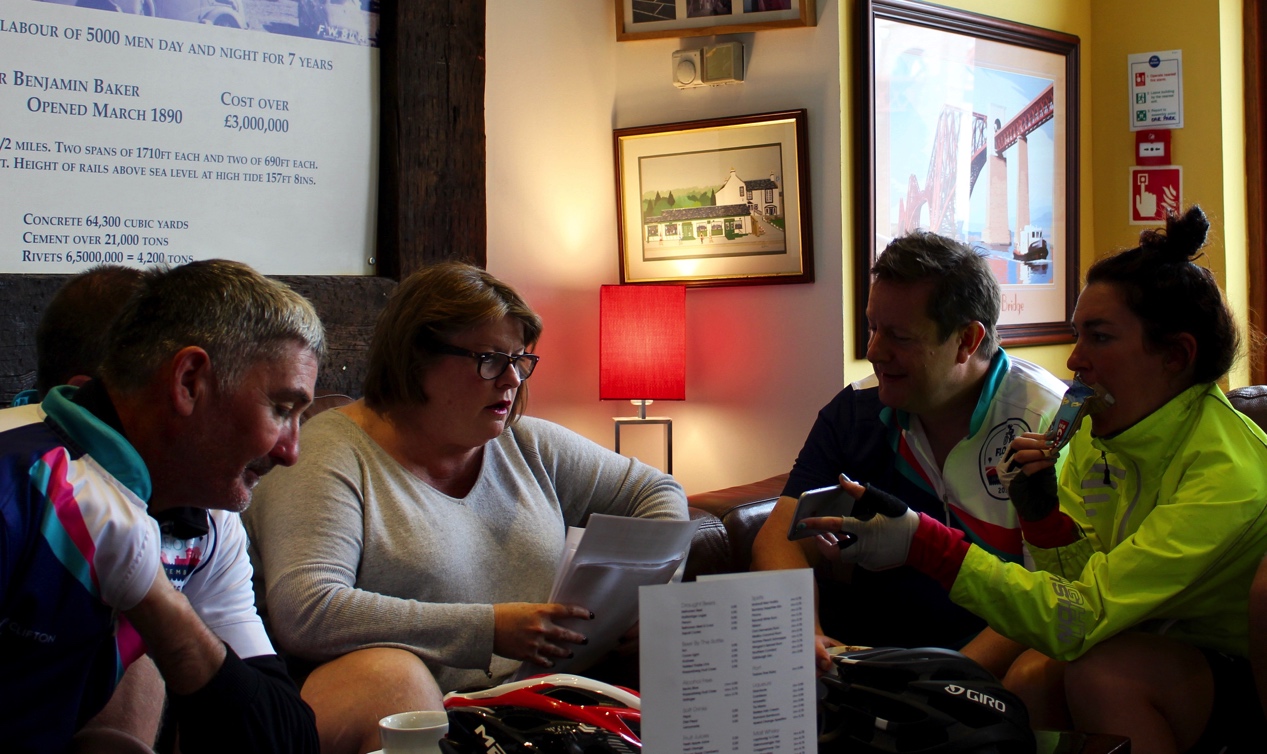 After some great quiz questions, and spirits lifted, the cyclists got ready to set off again. With the weather holding out – for now – the team prepared themselves for some rather large hills along the route.

Refuelled after a hearty lunch, the team cruised up inclines that most of us would struggle to walk. With Perth in their sites and the route now mainly downhill, the first rain of the trip came down (it had to be in Scotland). Despite the horrible conditions, the cyclists stayed remarkably upbeat and carried on unfazed. 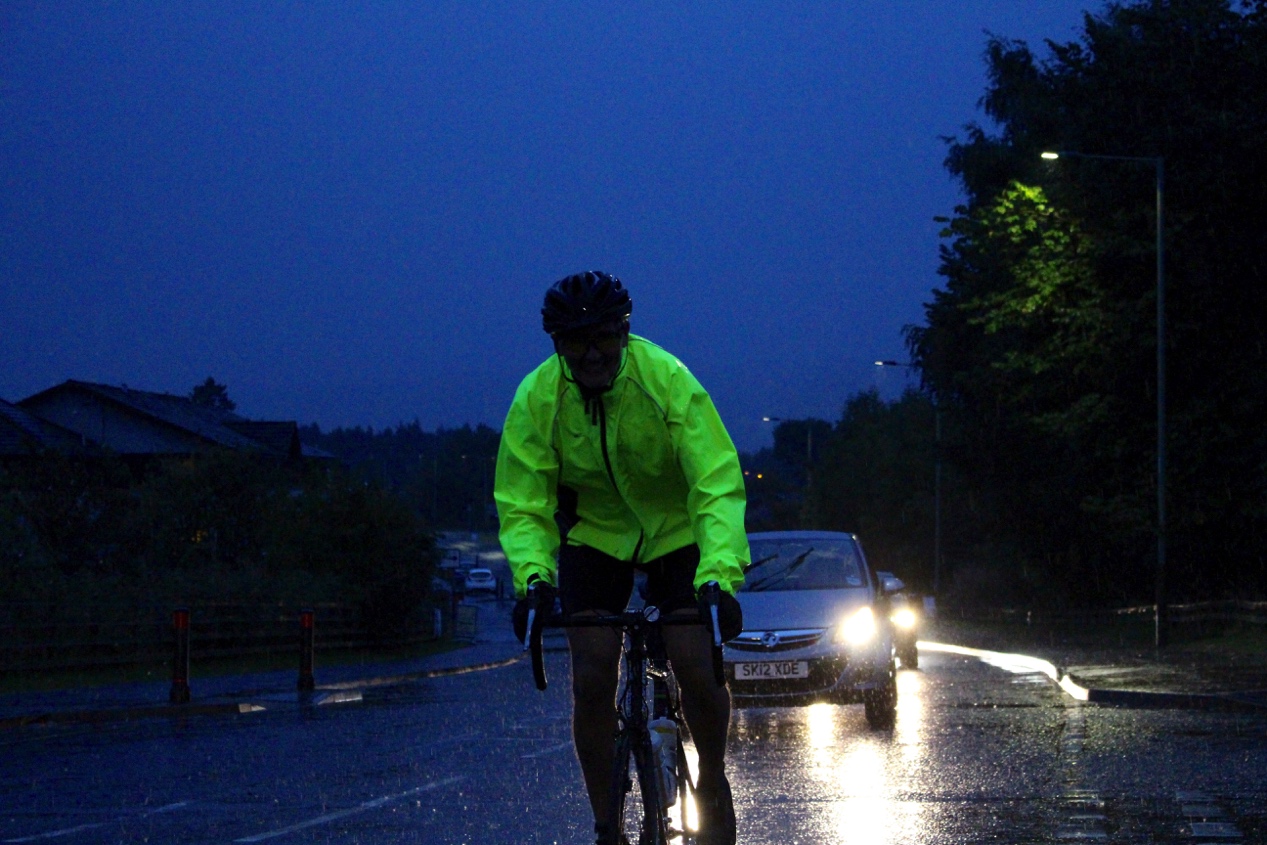 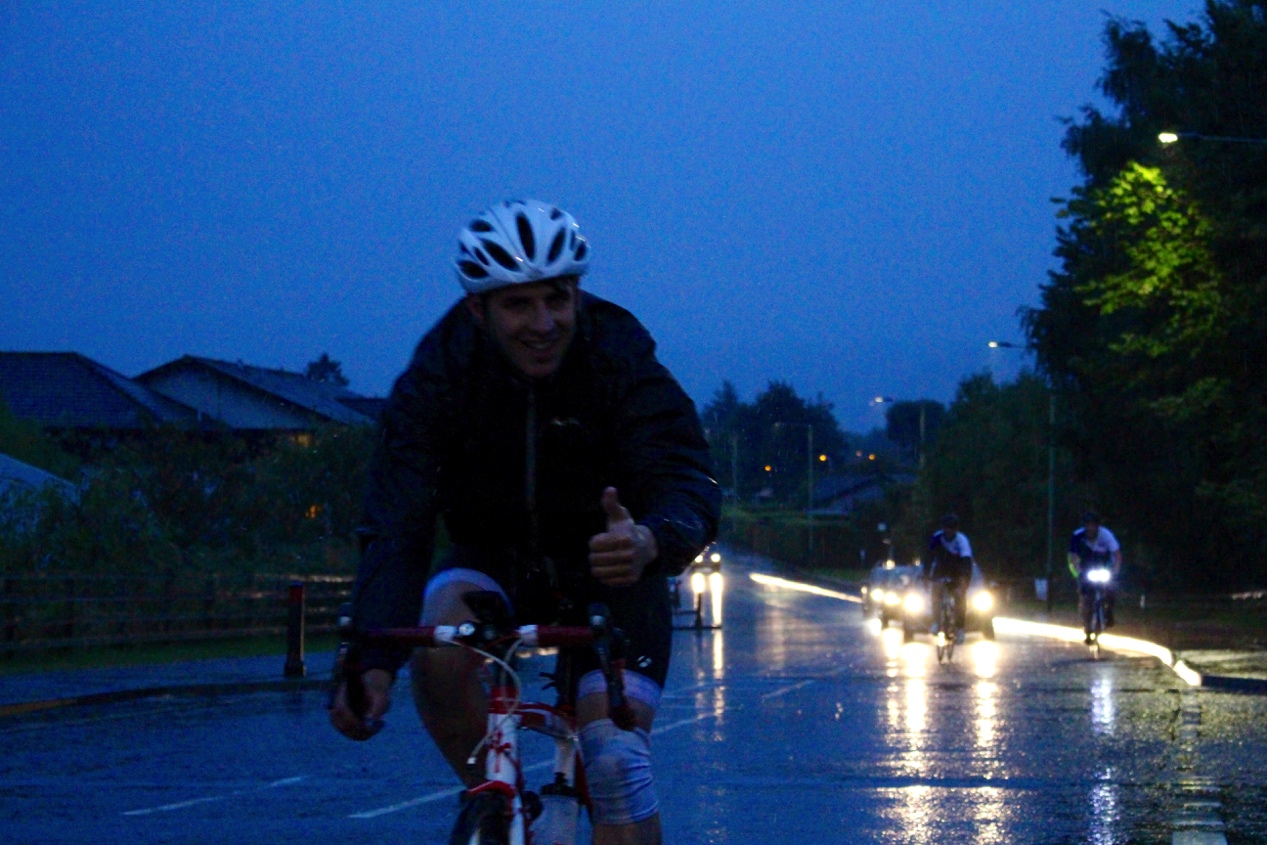 Right on time, the team arrived at the Perth Museum for their 7:30pm meet and greet. Soaked through, the team carried on as normal, speaking to local councillors and representatives from Aviva. 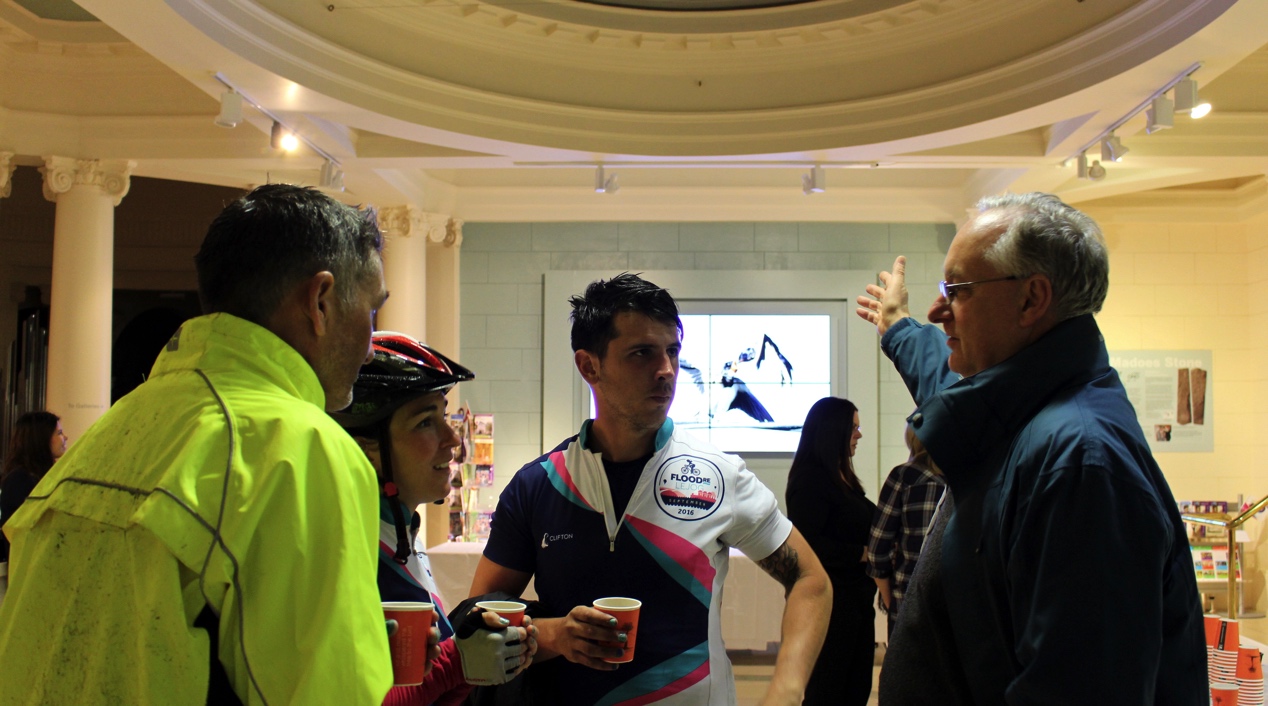 Aviva were extremely generous, donating £382.45 to the team’s selected charities, the British Red Cross, the National Flood Forum and the Scottish Flood Forum. If you would like to support the team please do donate here. 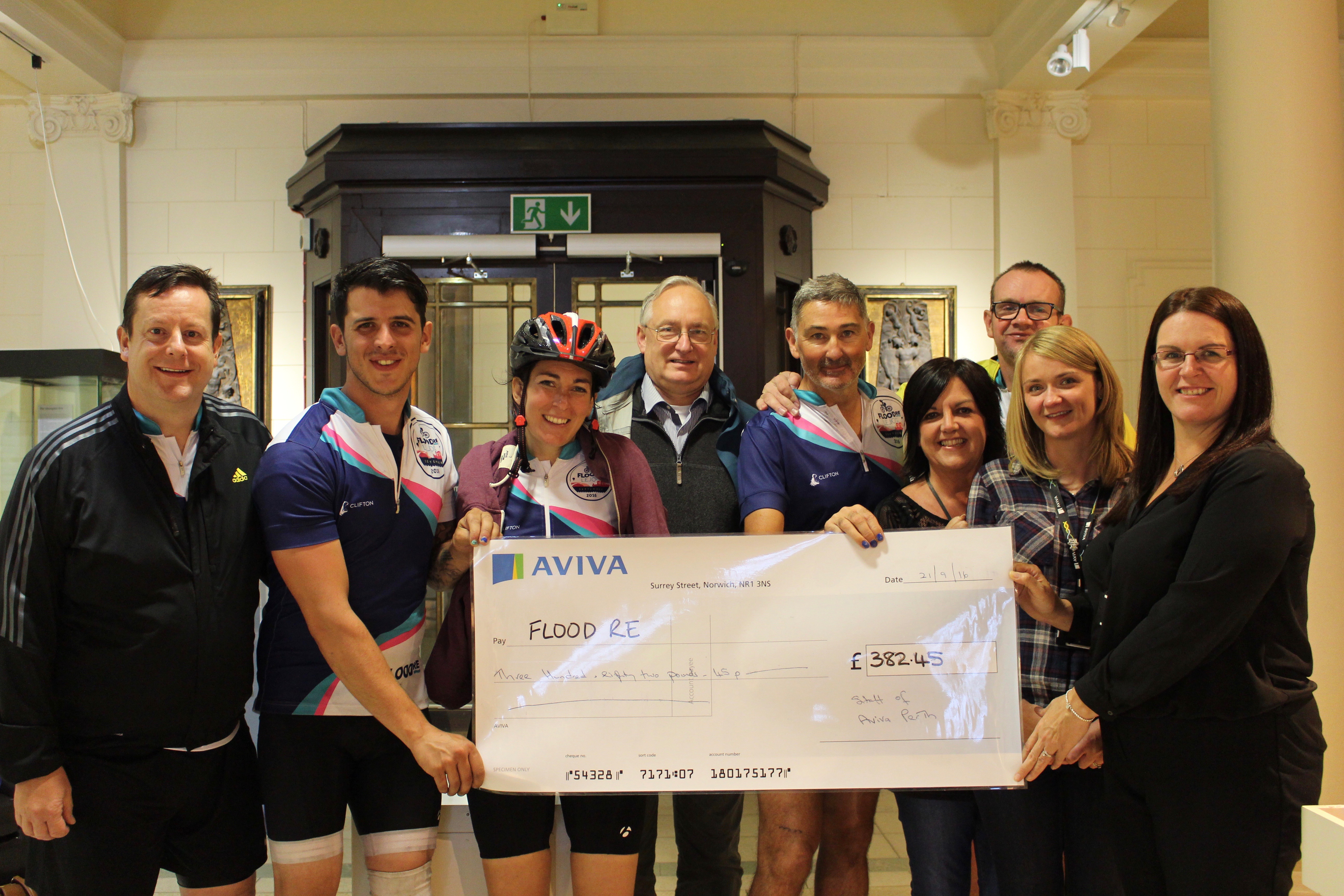 With the event over, the team made a quick exit and headed for their hotel to change out of their wet clothes. With 726 miles now completed, it seems like nothing can stop our team – not even the Scottish weather!