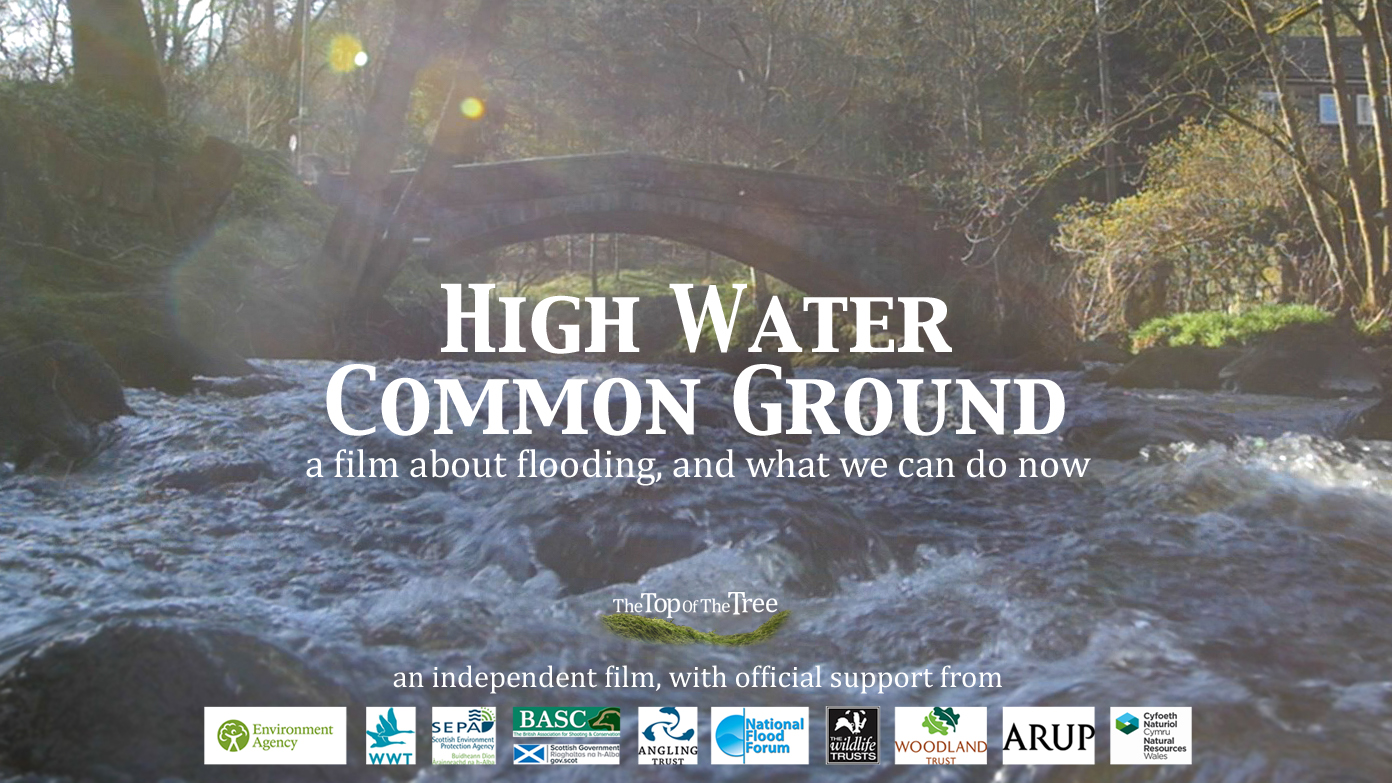 Flooding is filled with uncertainty. From the nature of flood events themselves, to knowing how to respond and how to prepare for the threat of future flood events. For almost every community hit by flooding, there comes a point at which the question is asked, “What are we going to do now?”

I was inspired to produce High Water Common Ground after hearing the stories of tremendous community spirit, neighbourliness and positive action that emerged as a result of the Boxing Day floods of 2015. After the severity and intensity of the floods themselves, once properties had started to dry and businesses started to re-open attention turned to “How we can make sure this doesn’t happen again?”

Of course, we can never say that floods won’t happen again, whatever we put in place to prevent them. But there was and there still is a tremendous drive to do something, so that people might rest more securely, knowing that all that could be done, has been done.

In many cases, the first reaction is to try and dredge a river and/or build higher flood walls. But the floods of 2015/2016 had shown with brutal irony that a big-enough flood can find a way to over-top even the newest flood barriers, and re-fill a watercourse with gravel and debris. Furthermore, these ‘traditional’ responses are expensive and not always feasible – particularly in rural areas, where the pattern of flooding will not be circumvented by one large measure in one single location.

Now, I’m not suggesting that gravel clearance and hard engineering are not valid solutions for flood risk management, but they’re not always the best solution and what I discovered in the Calder Valley in the spring of 2016 was something quite different – people pursuing ‘Natural’ flood risk management (NFM). This community was planting trees to work with natural ecological and hydrological processes to slow the flow of water running off the fells.

As I looked further and further into NFM, it became apparent that tree-planting is but one of a suite of measures that can be incorporated into a landscape to slow the flow of water and meet a host of other benefits as well. Woody debris dams holding water back in forested areas and thereby providing new habitats, or peatland restoration to help bogs hold on to water and in so doing improve water quality and sequester carbon from the atmosphere.

I’m also not saying that NFM is the best solution for everyone either – but rather like the way that  tree-planting is one element of a suite of measures in NFM-based schemes, NFM itself is a valuable component or a greater suite of measures in overall flood risk management.

The most impressive component of this style of flood risk management though, in my opinion, is its inclusivity. NFM methodology doesn’t involve an authority taking the reins and imposing a flood resilience scheme upon a community. The community has to be involved in the scheme as, in the words of Mike Potter, member of the Pickering Civic Society and great advocate of the Slowing The Flow scheme above Pickering said: “The local people know where it floods, when it floods, and why it floods.”

Research can be done to investigate local anecdotal evidence and incorporate new partners into flood action. There’s the opportunity to explore benefits beyond flood risk management alone, bringing wildlife NGOs, local trusts, utilities companies, farmers and landowners and many more as equal beneficiaries into a scheme. When you achieve something that satisfies the needs of so many parties, by bringing them together to explore mutual benefits, that is a fantastically good thing.

This inclusiveness in flood risk management does far more than just strengthen flood resilience; it strengthens the community at its heart.

There are a plethora of success stories from all over the UK, where partnerships have been established and flood risk management in a variety of forms has been incorporated into the landscape. High Water Common Ground goes some way to sharing those stories, and exemplifies the collaborative approach at the core, but there are so many more stories out there. After the release of High Water Common Ground later this year, I’m going to go in search of more of these stories to share via www.highwaterfilm.co.uk – ultimately to produce a library of flood risk management stories told by the people on the front lines, so to speak, ranging from neighbourly advice on property-level defences, to breakthroughs in research and catchment-scale policies.

This is a project for community. It’s about building a new environment that consciously benefits flood risk management and so much more.  If you have a story that you’d like to share through a High Water Film, please get in touch, and support the crowdfunding campaign that’s recently been launched to help make these films possible.