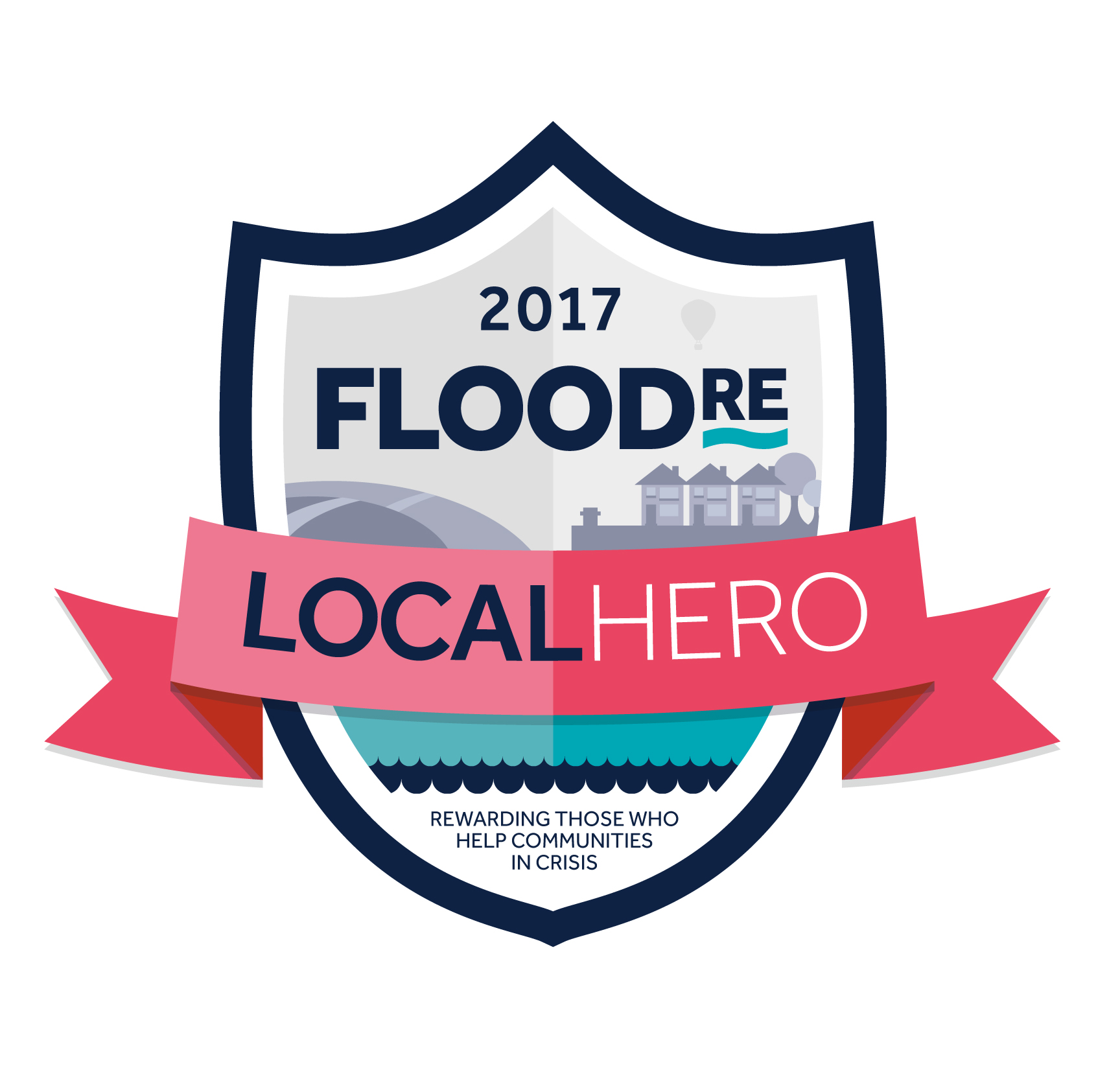 Bob Haddon has been shortlisted for his commitment and efforts as leader of the Shifnal Flood Partnership Group (SFPG). The group which consists of local residents and supported by the National Flood Forum have held monthly meetings since January 2014. The dedicated group work in partnership with the local flood risk management agencies and authorities with the aim of addressing local flood risks.

SFPG shares a common belief that it must actively work in partnership with all interested partners including local councils, the Environmental Agency, Severn Trent Water and building developers to ensure every possible measure is taken to alleviate flooding in Shifnal. Members are actively involved not just in identifying problems, but also in finding solutions to reduce flood risk. As a community group, it is also active in raising awareness across the town regarding the responsibilities of residents and the flood threat they face.

A long-term integrated flood resilience plan for the town has been created with Shropshire Council having commissioned a scoping report to highlight the cost benefit of each of the six points within the Plan. The full Plan involves significant long-term investment and is seen by SFPG as a goal towards providing a resilient solution for the town.

The tireless work of the group is making a real difference to the flood risk in Shifnal and it is helping to develop plans for the future whilst ensuring the local community is at the heart of the activities.

Southwell Flood Forum has been recognised for their determination to reduce the flood risk and make a difference for the residents of their historic town of Southwell.

Following their experience of flooding in 2007 and then unprecedented rainfall and flooding following in 2013 when more than 250 houses and 40 businesses were affected, the community set up the group.

Within 6 weeks, even while many of those were coping with recovering, SFF organised a public meeting attended by over 600 residents with more than 100 volunteers signing up who were instrumental in shaping future activities with their wealth of local knowledge and experience.

Since the group’s formation much has been accomplished or is being implemented to make a difference. These include working with flood authorities to achieve funded mitigation schemes, successfully pressing the Government for the £5000 grant awarded to flood victims after the winter 2013 floods in Somerset and Cumbria, to be extended to Southwell to help pay for property level protection and setting up a local twice-weekly help desk for the community.

SFF was also the first community to train local wardens on identifying the early warning systems, help flooded people in distress and close roads to protect drivers and the community. As such, more than 60 flood and road closure wardens have volunteered and train regularly in case of an emergency.

The group continues to organise public engagement events and seminars and recently published a Southwell Community Resilience Handbook delivered to all households in the area.

Shipston Area Flood Action Group (SAFAG) is a group of local retired residents who voluntarily dedicate their time to plan, organise and implement natural flood defences for their community, not just in the Stour Valley but the wider catchment area in Warwickshire, which spans 180sq kilometres.

Established in 2014, the group’s objective is to use Natural Flood Management methods to reduce the risk of flooding for 130 homes and businesses. On top of touring the country to help set up other flood groups with the National Flood Forum, SAFAG was the only flood group asked to have a presence at Warwickshire County Council’s Flood Summit last April, and is working with a wide range of property developers, local landowners, farmers, councils, the Water Authority and landowners to reduce the likelihood of future flooding in Shipston.

After her village of Yalding was catastrophically flooded in 2000, Geraldine Brown has worked consistently alongside the Environment Agency to make practical and financial difference to flooding in her community. During her 17 years of working to reduce the impact of flooding, Geraldine has developed the Middle-Medway strategy, written the Yalding Emergency plan, set up the church as an emergency rest area for those displaced by flooding and an emergency contact centre for victims of flooding. From the contact centre, Geraldine shares up-to-date information to 600 residents via email during times of potential flooding, and 24/7 updates during major floods.

When major flooding struck on Christmas Eve 2013, Yalding’s electricity supply was depleted, and Geraldine worked with the Clerk of the Parish Council knocking on doors around the community, advising residents to move cars, take property upstairs and consider leaving. On Christmas Day, Geraldine worked with local sea-scouts to rescue the remaining residents until the emergency services arrived. She has since recruited, trained and equipped Flood Wardens for local emergencies, helped residents complete paperwork for property level protection surveys and worked with local schools educating pupils about flooding.

In Great Shefford, Steve Ackrill’s own home and local community were affected by substantial flooding in 2014. Whilst having to relocate his young family due to water damage, Steve coordinated flood relief efforts for all affected properties along the A338/Wantage Road, which saw him drive over an hour away to source an additional water pump in Bristol when the pumps provided by the Council were destructed by water damage.

Chairman of Great Shefford’s Emergency Management Team, formed after the tragedy of the 2007 floods, Steve gathered a group from the village to operate 24-hour water pump checks, clear any rubbish blocking outfalls, and source sandbags, which he distributed with his Land Rover and trailer. Having to cope with the damage to his own flooded home, Steve lent his vehicles to the flood relief team so sandbagging work could continue in his absence. In the event of a power cut the following day, Steve loaned his petrol generator to the owner of the village shop to power the fridges and freezers, and helped with sandbagging to keep the shop open.

Steve has since been appointed Chairman of the Parish Council, and during the 18 months spent away from home, secured funding for initial investigation works into a flood relief channel alongside the A338, from the Environment Agency, West Berkshire Council and the Lambourn Flood Forum.

Lynne Jones is Chair of Keswick’s Flood Action Group, having led the group in supporting their local community when Keswick was flooded severely in 2015, as well as tackling regular water damage caused by heavy rain. Having built a significant amount of knowledge about causes and solutions of flooding in the local area, Lynne helped implement a glass wall panelling to combat flooding from the River Greta. During Storm Desmond, Lynne rallied her flood group to help residents evacuate, provide food and hot drinks and ensure all were aware of the danger.

Lynne currently devotes most of her spare time to attend meetings on behalf of her flood group, building evidence of flooding and working alongside Cumbria County Council, the Environment Agency and United Utilities to develop future flood defences, while offering advice to other flood-prone communities.

Thanks to Lynne and the team of volunteers, Keswick Flood Group is supported by a range of stakeholders including the local Rotary, the Women’s Institute, Mountain Rescue, local churches, Keswick Town Council and all the statutory and emergency services. While running Keswick flood group, Lynne is also working on the reparation of her own property and business after suffering personal flood damage.