Peace of Mind with Flood Re 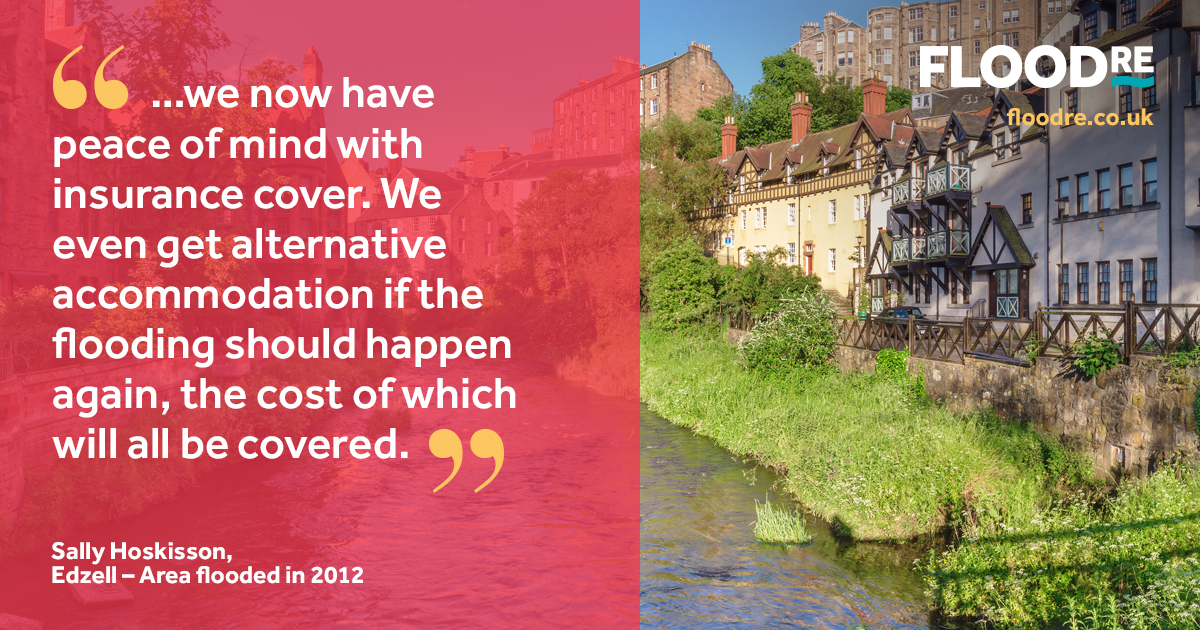 When moving to a new property, you would like to think you would be informed of any potential issues with the home. However, when Sally Hoskisson moved in to a rented property in Edzell she was shocked to find out this wasn’t always the case.

Sally moved to her rented home with her husband and two daughters in November 2016, and it was only on moving day that they discovered the home had been affected by the village of Edzell’s flood in 2012.

Sally immediately called her insurance company to notify them of this change:

“Since I had already arranged contents insurance for the property I called the company to inform them of this new information. They immediately said they were terminating the policy because of the previous flooding. I came off the phone feeling panicked and stressed.”

However, after contacting Edzell Flood Group and Action Plan which was formed as a result of the 2012 floods, the Chair, Fiona Work, came to the rescue with the sound advice of contacting the Scottish Flood Forum. The charitable organisation, that provides support for those affected or at risk of flooding, provided Sally with comprehensive information and this is when Sally came to hear about the Flood Re scheme.

Upon looking in to the scheme, that helps those in need of insurance in flood risk areas, Sally was able to identify the insurers signed up to Flood Re and the outcome, compared with the previous policy termination that Sally experienced, was a different story:

“They [the insurers] were friendly, understanding and a pleasure to deal with on the phone, it was all very easy to organise and we now have peace of mind with insurance cover. We even get alternative accommodation if the flooding should happen again, the cost of which will all be covered.

“Through Flood Re and the hard work of the Edzell Flood Group, who managed to secure a grant to purchase flood barriers for the affected properties, we now feel confident that any future flooding will not be a major issue.”

If you have been affected by floods then the scheme launched by Flood Re has been set up to help those who live in a flood risk area find affordable home insurance. Flood Re makes no difference to how home insurance is purchased, whether that is through a price comparison site, directly from an insurer or through a broker.