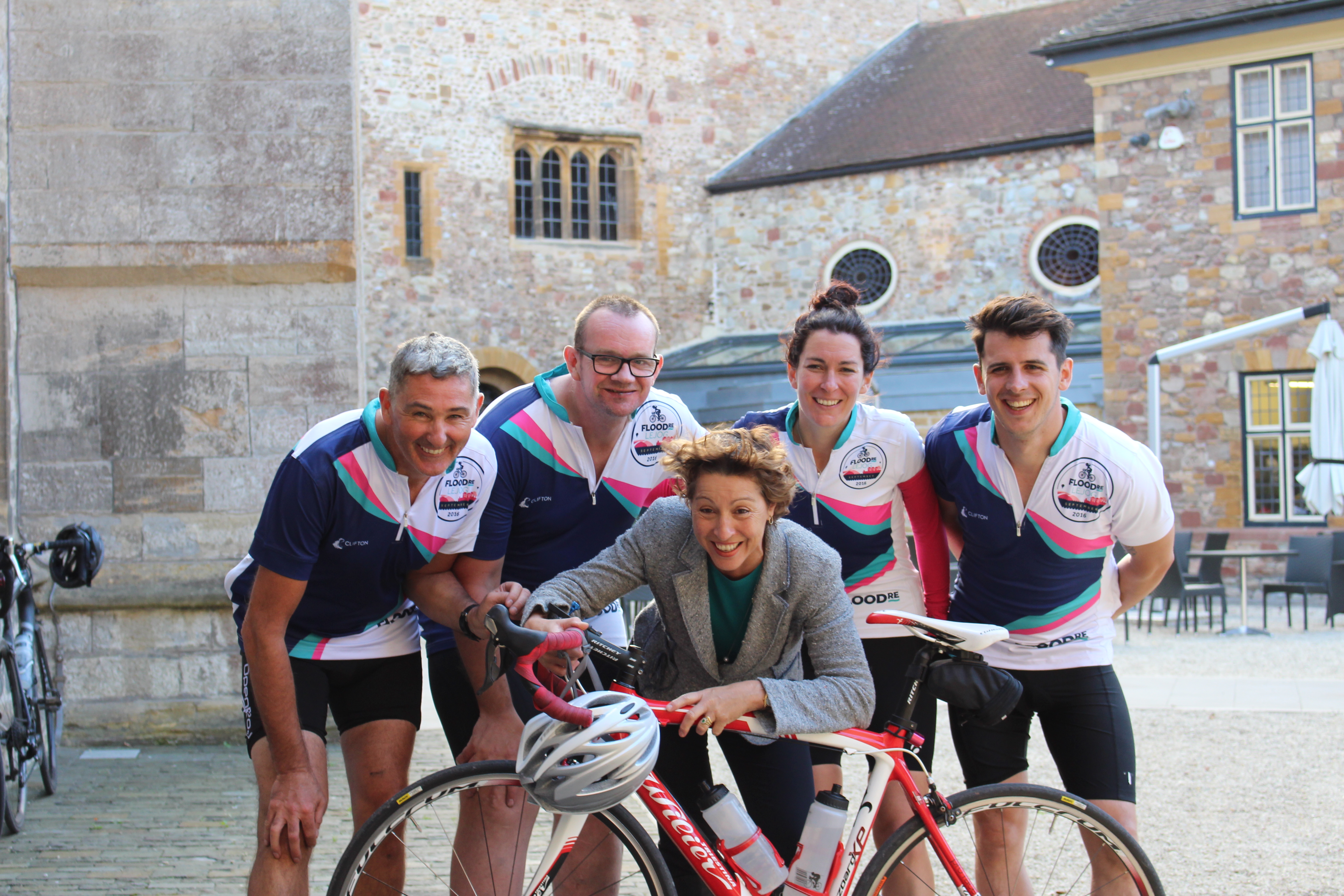 The team – today made up of Harriet Boughton, Gary McInally, Dan Byrne, Chris Bradbury and Andrew Creedon – woke up early to yet another sunny September morning. With over 100 miles to cover, they had a quick continental breakfast, grabbed their bikes and headed for the open road. Allay Naqvi was there to wave the group off before he headed back to London. 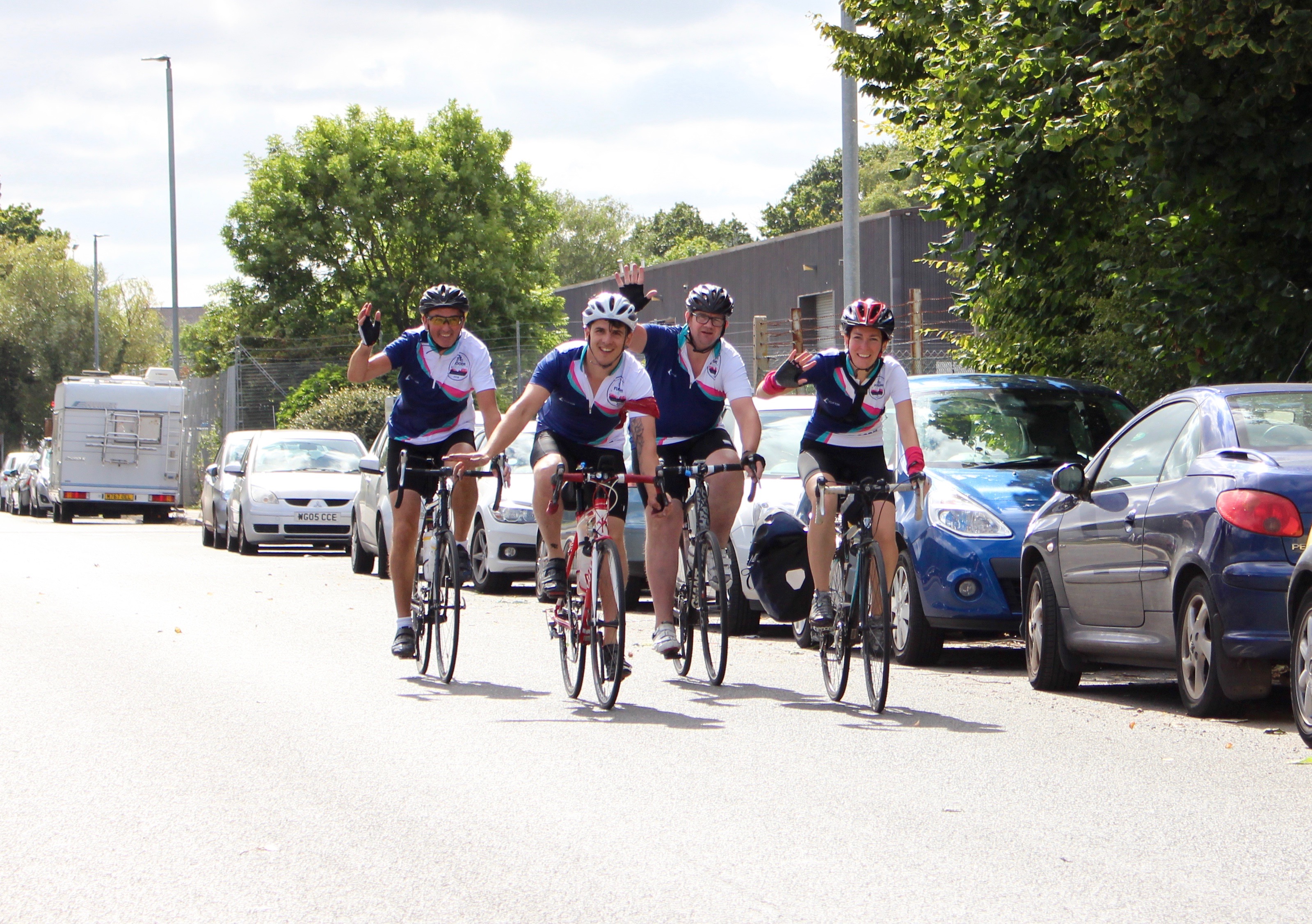 The team set their first break for the town of Ashburton where they had requested the support team find a tearoom that served traditional Devon cream tea. However, with momentum behind them the team decided to push on and head for the town of Kingsteignton – a further 9 miles up the road.

The support team, led by Nicola Mitchell, had to react quickly swapping out a charming tearoom for a charismatic Lidl (other supermarkets are available). The cyclists arrived and although they were disappointed that there wasn’t a cream tea in sight they refuelled and got ready to tackle the remaining distance. Sensing this cream tea upset, a fellow shopper by the name of Fiona took it upon herself to ask the store manager if he would provide the team with free Haribo. The manager obliged and Fiona handed over three large ‘family fun mix’ packs. 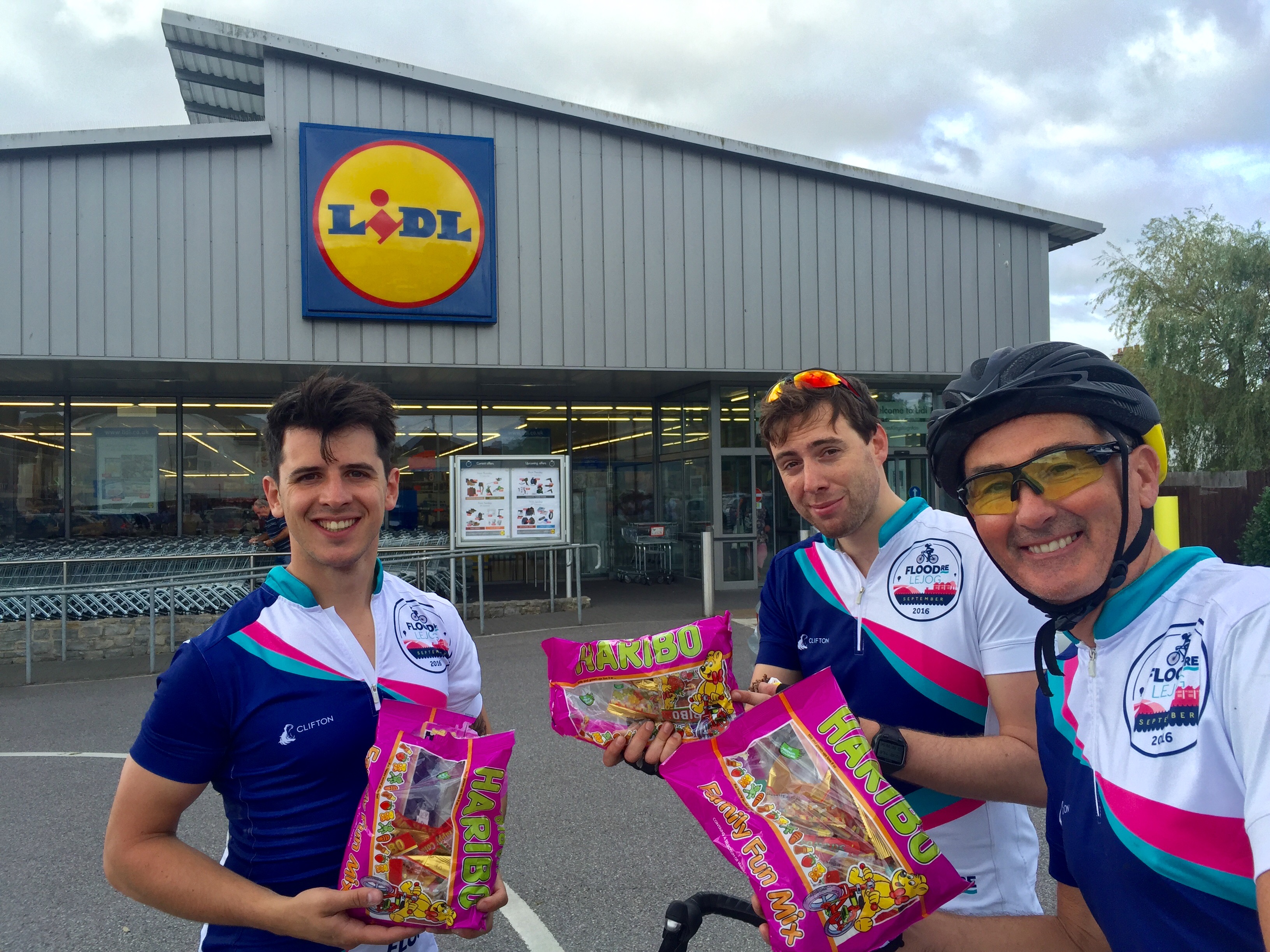 With enough gummy bears to last the team until John O’Groats they set off heading for Exeter. On their way they passed through Dawlish and searched for the section of railway line that was washed away in 2014.

Rolling into Exeter it was sadly time for Dan Byrne to part ways with the team and head back home. Knowing his time was coming to an end, Dan subconsciously decided he wanted to concur one last, extremely steep hill. With this in mind, instead of taking a right turn Dan bombed down a steep decline, only to realise he had missed the turning when he stopped to see the rest of the team waiting at the top of the hill.

With the team on the go for over 5 hours, their attention quickly turned to food. Generously, Landmark Information Group had invited the team to their Exeter based offices, where they had put on a full spread of delicious food.

After lunch the team set off for Taunton, utilising the Grand Western Canal towpath to take a break from the busy Devonshire roads. This route had the added benefit of some friendly Devon cows that the team quickly befriended. With the day’s meet and greet set up for 5pm at the Museum of Somerset the team put their foot down to make sure they weren’t late. The event went off without a hitch with local councillors and the Member of Parliament for Taunton Deane, Rebecca Pow, coming down to show their support.

With the event wrapped up and the light fading fast, the team sped off heading for the town of Street where they would spend the night. After 118 miles the team pulled into their hotel for some well-deserved rest.