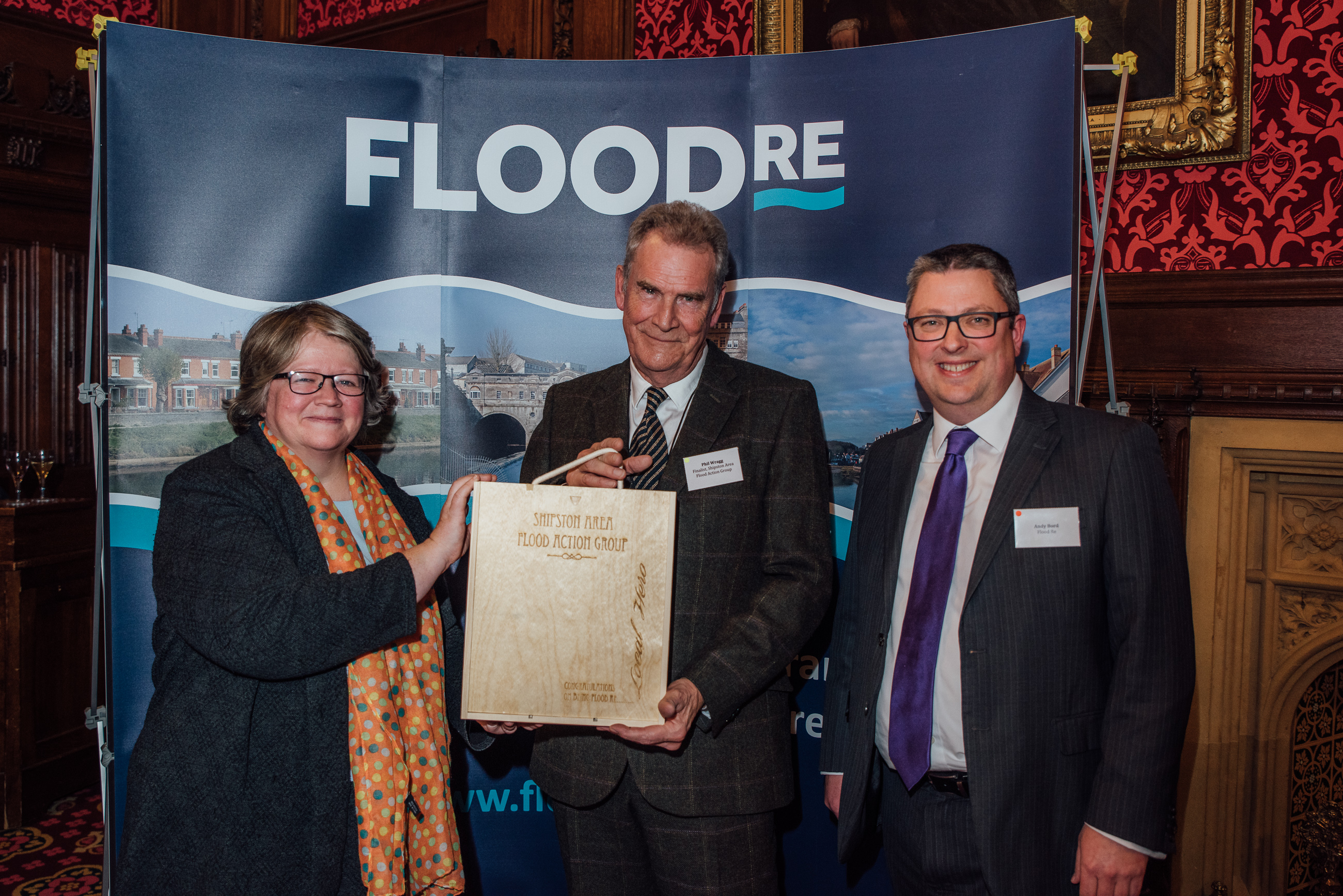 Sponsored by NFU Mutual and Covéa Insurance, entries about Local Heroes were submitted for the chance of winning a £10,000 community grant for flood defence measures. Shipston Area Flood Action Group was one of Flood Re’s Local Heroes finalists and Phil Wragg, the Chairman of the group shares their story:

2017 has been a progressive and productive year for Shipston Area Flood Action Group (SAFAG). The community-led organisation has recently celebrated its third anniversary with news it’s secured a £110,000 grant from DEFRA for flood alleviation plans, thanks to the support of the Environment Agency and Warwickshire County Council.

However, there wasn’t always a silver lining for the area’s flood defence measures, especially when Shipston-on-Stour was struck by tragedy during the 2007 floods. Phil Wragg, Chairman of Shipston Area Flood Action Group, explains:

“It really all started in 2007 when 80 to 100 properties flooded in the immediate area. It was a truly disastrous event and I think we all anticipated that there would be widespread recovery efforts taken after the event, lots and lots of public meetings and MPs getting involved. Instead, we felt left completely to our own devices, which was frustrating.

“When the National Flood Forum was formed, they promoted the possibility of a flood group in areas that were badly affected, including ours. As a community group, we got together in February 2014 and started SAFAG.”

Flooding has been a grave concern for homes across the Stour Valley, with one property flooding nine times in the last six years. Businesses have been forced to close as a result of flood damage, and people live with the fear of flooding every time rain is forecast.

Formed with the initial view of raising the profile of local flood risk, the members of SAFAG have far surpassed their objectives by championing flood defence in Shipston and the surrounding areas, providing advice and guidance to Shipston Town Council and being the only regional flood group with a presence at Warwickshire County Council’s annual Flood Summit.

One of the group’s key achievements has been a partnership with Coventry University:

“Coventry University partnered with SAFAG to develop project plans for Shipston and the surrounding villages using Natural Flood Management techniques. These methods use natural materials to reduce run off, ‘slow the flow’ and delay the effects of heavy rainfall entering the 36 tributaries that feed the River Stour. They will also improve water quality, wildlife habitat and be significantly cheaper than hard engineering.

“SAFAG financed this work by generating funds from various local sponsors and councils, so no central government money was required at all. The partnership has been an absolutely critical part of our success.”

Thanks to the huge support from farmers and landowners and with the dedicated work from Coventry University, SAFAG has implemented 60 NFM interventions across six estates and farms. Once finished over 200 natural flood defence measures will be in place and will be monitored.

As SAFAG is at the frontline of these NFM projects schemes, the Group has attracted interest and visits from MPs, Ecologists and the EA management team to support best practice for other NFM projects being trialled across the UK.

Not only is the group pioneering flood relief for their immediate community but SAFAG is also encouraging the establishment of more flood action groups regionally through their works with the County Council and National Flood Forum.

In the face of a situation that would drive most people out of a community, SAFAG has brought Shipston-on-Stour together and given residents hope. Phil commented from a personal perspective:

“Through SAFAG, we met close neighbours who we never knew before the flood. We’d have “flood dinners” at our local pub and have a laugh about who was doing what that week. Every time there’s an adverse event, people tend to pull together. From a community spirit point of view, it was brilliant. We’ve made some good friends who we may have never met had we not been flooded.”

Flood Re is a government backed scheme that can help flood risk victims in villages like Shipston find more affordable home insurance. If you think your property may be eligible for the scheme, visit: floodrearchive.isready.co.uk/homeowner/eligibility/