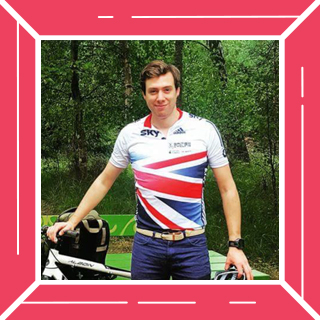 Introducing Dan Byrne who works on the Flood Re Risk Management team which facilitates the understanding, analysis and quantification of Flood Re’s key risks and exposures. Dan’s hoping a combination of determination, pasta and flapjacks is going to see him through the challenge!

What spurred you on to put your best foot forward and cycle the #FloodReTour Land’s End to John O’Groats bike ride?
I thought ‘LE JOG’ was going to be a slow paced run in rural France *laughter*. Seriously though, I have a habit of jumping into these kinds of challenges, the difference being in this case that alongside the challenge is a great opportunity to spread the word of Flood Re. It’s going to be great to see the immediate benefits it’s been bringing to flood affected homeowners across the UK since the launch in April. In tandem *laughter* with this we’re also raising money for the British Red Cross, National Flood Forum and Scottish Flood Forum, each of whom does great work to aid those most affected by floods.

How has the training been going?
Training? As is often the case when I do these kinds of challenges, training has been sporadic and last minute, but I’m almost certain a diet of pasta and flapjacks will see me through…all most certain….

What is your longest training ride?
80 miles, but that was on the flat…

Any embarrassing or proud moments during training?
Embarrassing: Being overtaken on an ascent of Sydenham Hill by a couple on a tandem…in my defence, there were two of them.
Proud: Changing the tape on my handlebars, it is now red and makes the bike look fast and dynamic, which it would be with any other rider.

What are you most looking forward to on the tour?
Getting out of the London bubble, into the fresh air and meeting some of the communities who are most benefiting from Flood Re.

What are you least looking forward to on the tour?
Energy gels…if I can avoid them, I will.

Have you ever done anything like this before?
I did a charity cycle from London to Amsterdam…but Holland is strangely shy of hills. It is however where I first developed an appreciation for good flood defences. I’ve also done a variety of Tough Mudders, Triathlons, Three Peaks and open water swims, all to below average levels.

One thing that you won’t be without during the cycle ride e.g. memento (excluding the obvious water etc)
My puncture repair kit – my bike tyres and I have a volatile relationship.

Do you have a message for the flood affected communities you are going to visit en route?
Please feel free to come out and chat to us as we’re visiting, we might not be at our corporate, polished best (100 miles of cycling isn’t conducive to a professional appearance), but we will be sharing some tips and suggestions on how to attain the best possible outcome for you when it comes to protecting your home from flooding.